A side-affect of the Moment not being covered in a carpet of eerily empty human clothing is that the contents of those vanished pockets vanished as well.

Anything that was in a human pocket or purse, anything that was being worn or carried, didn't end up in the Moment, so a huge number of vehicles just don't have keys anywhere. Most parked vehicles are sans keys.

That left all the vehicles in the road, they had been being driven when the Moment closed around them and so avoided the pocket-trap, but they'd all long since run out of batteries in the un-time between then and now.

Not a huge problem of course, jumper cables are a thing.

So that sounds easy enough, right? Just find a box-truck, and a working battery, a few jumper cables and with a little patience you'd have yourself a truck.

Of course, you've figured out the problem. All those cars in the road? They're all still there.

You can drive around some of them, especially if you're in a small car, but others? In a truck? In Montreal, a city notorious for it's one-way streets? 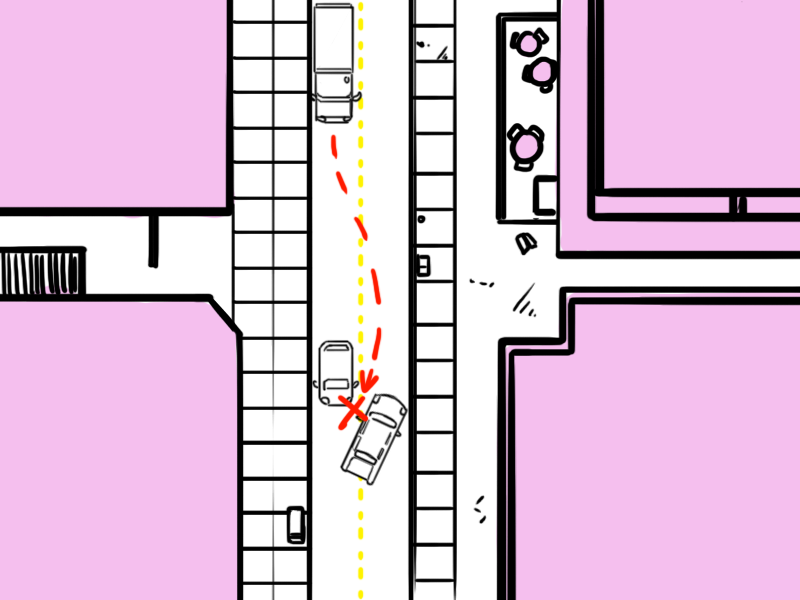 If we went the U-Haul route we'd have found the keys easily, but the nearest place that rented trucks was half-way across the city. So we went digging. Lots of trucks, but no keys. The Moment's real-time coordinates are after nine, everyone driving delivery trucks was stopped for deliveries. Stopped for deliveries means keys in pockets. Keys in pockets means no keys.

The closest mostly-suitable truck, with keys that still existed, was six blocks away from the Moment's entrance. That left an enormous number of cars blocking the road between there and the Watch, because of course, did I mention that?

Unlike my unlocked Moment, Seven's can't move the Watch around inside itself. This means means, if you want to take something out of the Moment, you somehow have to get the it all the way back in front of the Laundromat. That's a hassle when it's a bundle of clothes, or a bag of groceries, but if what you're trying to move is a truck, it gets increasingly ridiculous.

This means you have to jump start the cars that are in the way, move the truck, and then, and this was the teeth-grittingly irritating part, drive the cars back into their former position.

You have to do this, because future-Me would definitely would have noticed a clear path in the roads leading to nowhere, which, if we left it there, would have blown everyone's head up with paradox.

Except, because nothing is easy, you can't just do that either, because Seven built the bomb in a parking lot two blocks down from the Laundromat, and it weighs, like, several thousand kilograms, so you have to find a fork-lift, put it in the truck, and drive the truck, to the parking lot, moving cars out of the way as you go.

It took all day.

All of a very, very, long day.

Guider:
Finally caught up! Have you ever considered going like homestuck and publishing the comic?

Hi Guider! Welcome to the PTP!

I haven't really investigating publishing this comic for a few reasons. The biggest one is that it doesn't really have that big an audience. I'm very happy with my readership, but I have nowhere near the numbers that Homestuck did in order to make printing large, expensive, full color books economically viable.

It's also not finished yet. So, there's that too.