Primary Temporal Position: 1884
Reset Temporal Position
Asthanius:
I wonder how you're even supposed to get to the Other Moment, since the only way our Bina ever got there was via the Hound.

That is actually part of the problem.

The reason Seven never used it, is that she could never figure out how to get to the botfly's Moment again, without cutting open the Hound. That is A ) disgusting and B ) very very difficult, as in Seven's time-line, Piotyr is already the size of a cow. That's big enough to win pretty much every fight, but still too small to swallow this thing. 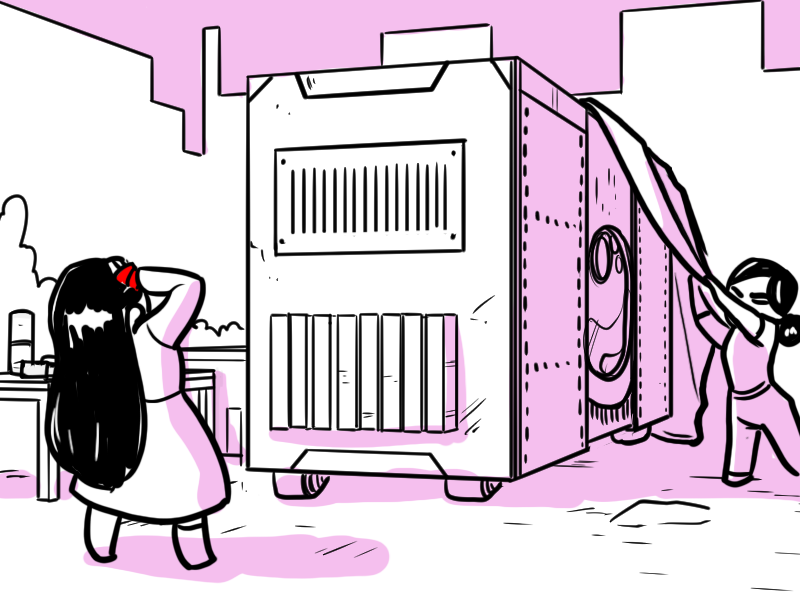 Even if she had managed to find a way into the Botfly's Moment, she'd have needed a forklift to move this thing.

I asked her if, you know, she'd tried to miniaturize it - and she said no-dice. It's gotta be this big. She tried to explain it to me, the principles by which it goes boom, and I sort of got them, though I'm mostly guessing at the math.

Paradox acts kind of like a magnetic field under unlight, and when you spin it, like this thing does it, really fast it…

Well even Seven isn't sure what this is going to do. Not really. She has guesses, but nothing concrete.