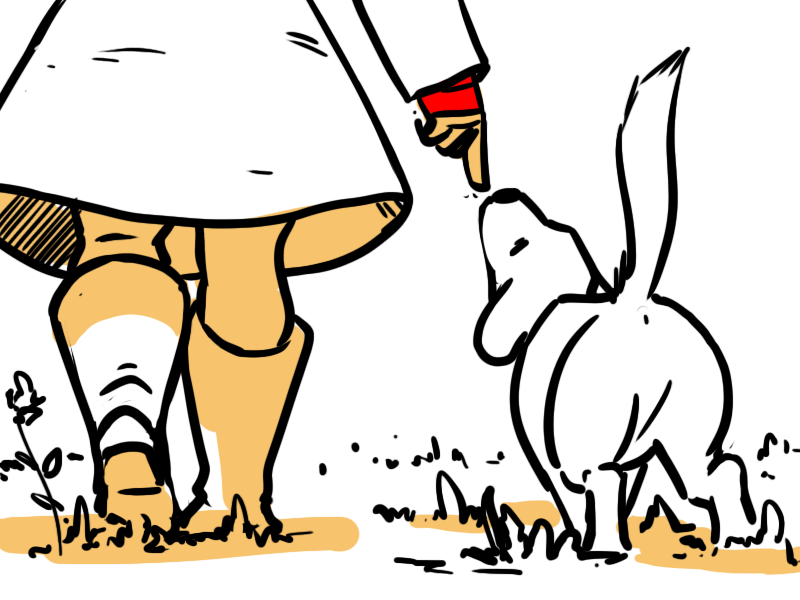 No idea how. I mean - OK, I actually do have ideas, but they're confusing and scary ideas and I don't even want to write them down.

She surprised us, Six and me, sitting there on the road as we entered. She came over immediately and started sniffing my pockets to see if I had treats. I didn't, but I think I should probably start carrying some. Nothing is more sad then a beagle betrayed by lack of treats.

Six accepted her without asking many questions. "I'm pretty weird, so I had a theory that each of the rest of us would be pretty different," she said. "A dog is cool - I like dogs - and at least you don't smell weird."

Thank heavens I still have my priorities straight, no matter how much I like time machines.

I think Piotyr enjoyed herself in the gardens. She kept rolling around in the grass in between trying to steal all the tea biscuits.

I borked yesterday's image by not including Piotyr. Durn it! I hid her layer by accident!

She's there now though.