Primary Temporal Position: 1867
Reset Temporal Position
Zoinkity:
here's a special type of crazy that names the shrubberies and talks to them.
This Bina seems miles past that. Maybe serving them tea, asking about their kids, and trying on designer hats.

Ah, see I was worried about that as well, when she first showed me around, but it turns out that these things already existed in the real world. They'd been made for an exhibition, and a few of them were still under construction. 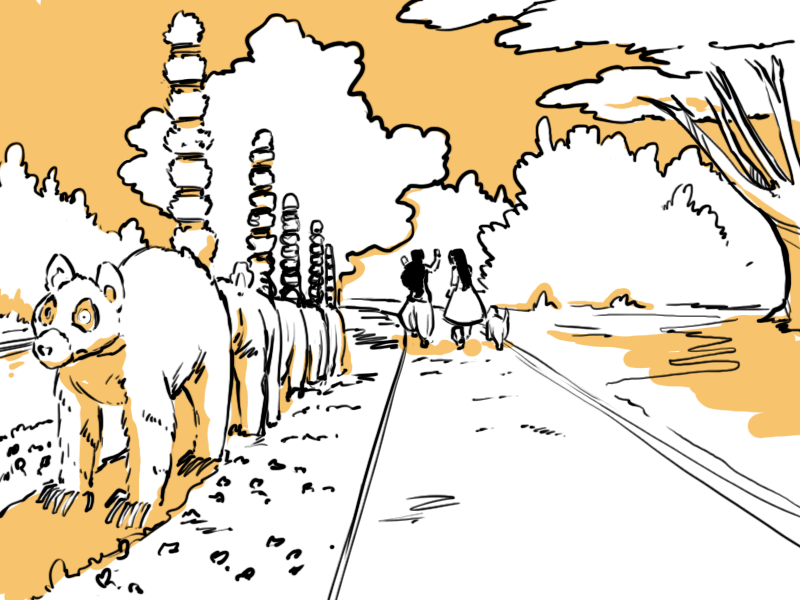 She explained that she'd been interested in how they worked, how the sculptures were made, and she'd looked into it, even checked out the place where they'd been put together - but even if she'd wanted to make some of her own, she couldn't.

Plants don't grow in the Moment, they just sort of exist indefinitely. There are never any new ones, but they also never burn from the endless sunlight.

It makes sense, sort of, despite being creepy. The sun never sets either, the stars don't move, everything is just… still.

These are real sculptures, and if you ever find yourself in Montreal, you owe it to yourself to go see them.