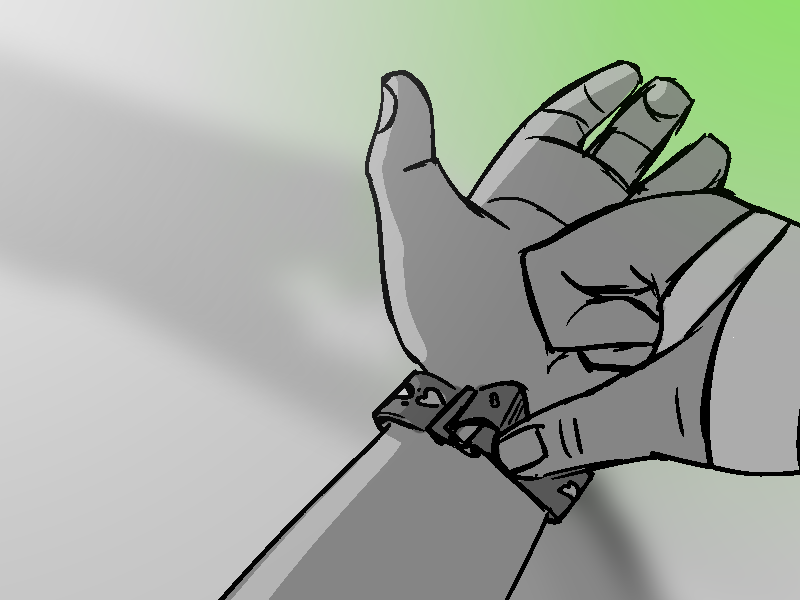 1412:
Unbend that paperclip and pick the lock! There are probably instructions on the note.

A couple of years ago, in high-school, Bina and some of her friends spent an evening playing with a pair of handcuffs. They found them Laashya's parents bedroom during a sleep over.

Above her, the ceiling creaks and Kendra makes a stifled moan.

Turns out the best thing to open handcuffs with, you know, aside from the KEY, is a piece of lego. One of the spears from the little knight guys. They just popped right off.

Pity she doesn't have one of those right now, but thick paper-clips like this, they were almost as good. 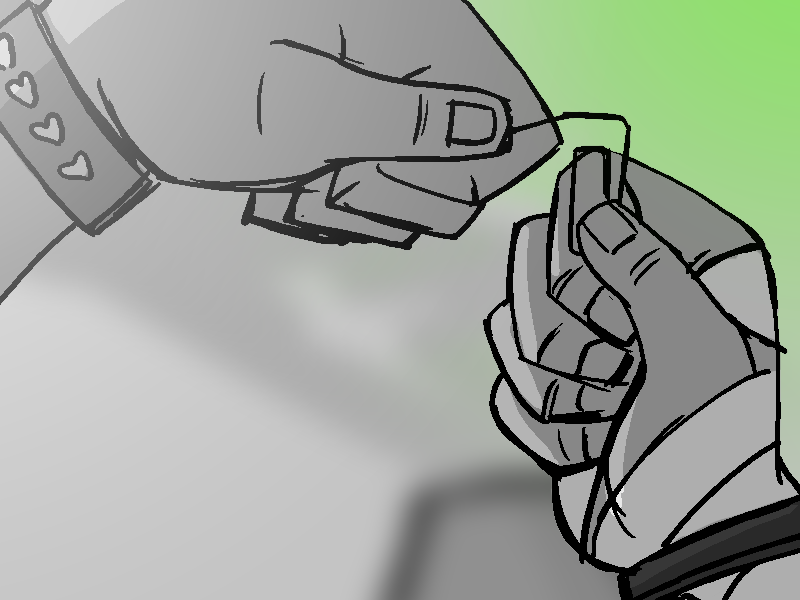 Laashya's parents never figured out why their daughter and her friends kept giggling at them for months afterwards.

These handcuffs aren't the same make, and aren't pink and fluffy, and they don't have the little emergency escape button, but in theory it should be pretty much the same thing, right?