"'Cause I'm about to try untested temporal technology created by a version of myself that you all just told me may have tried to kill another version of myself," says Four. "So - you know… hugs!" 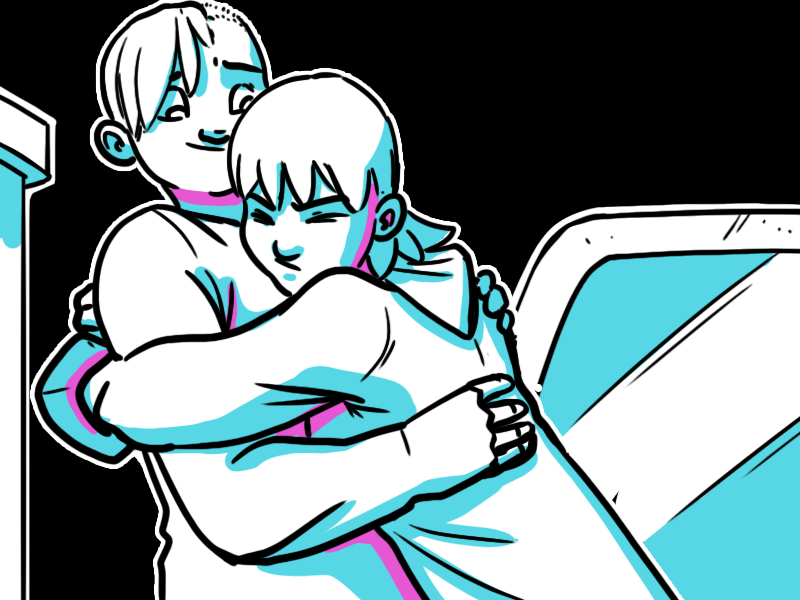 "Don't worry! And don't lie anymore," says Four. "You're better than that, and also I will beat the shit out of you if you do it again. I mean - about anything serious. You can keep lying about eating all the yogurt. I won't mind."

"I actually won't do that," says Bina. "The kicking your ass thing. I mean - seriously, that's not OK."

"I'm not as nice as she is," says Four. "Months of isolation can do strange things to a person! Also, I was mostly joking. Mostly. Seriously don't though."