"What happens if it doesn't?" asks Emmie, as watching the shadows with suspicion. "I mean - Damn, I go right to the downer stuff don't I?"

Kendra, smiles at him a little sadly. "We're going to get out of here in a second, don't worry. To answer your question… a lot of bad stuff. We don't know what a meta-chronological paradox looks like but I'm guessing it's not ponies and rainbows."

"Wouldn't it be funny if it was though?" says Amie. 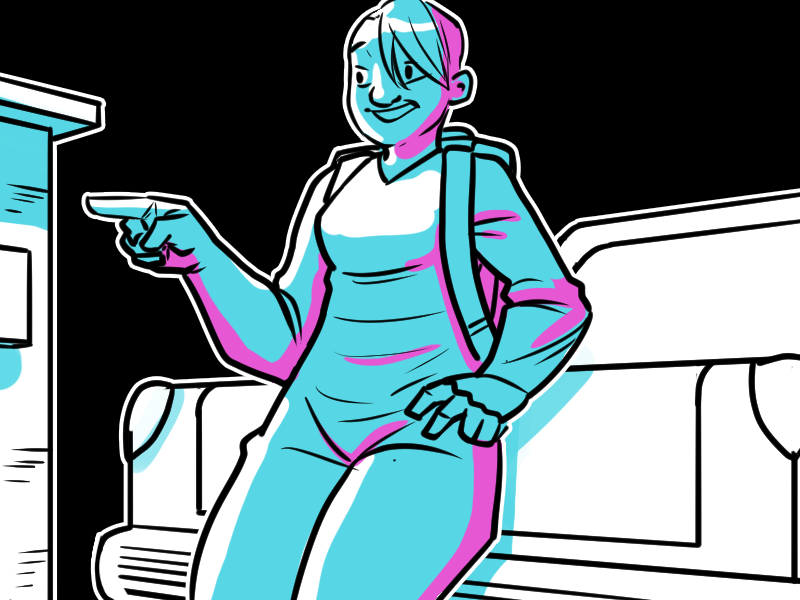 "Look, if we could guarantee that'd happen, I'd be all for it," says Emmie. "Ponies and rainbows would be a nice change from the walking corpses."

"Let's try and stay focused," says Kendra. "We need to get the Moment to Six."

"Which means it's up to us," says Bina, trying to get things back on track. "We're the only ones with the ability to jump multiple time-lines at once."

"Us and Three," says Kendra.

"Right," says Bina. "Us and Three." She really hopes Three isn't up to something nefarious. She's not sure if she could be proper nefarious, even if she had too in order to save lives, but Three's been alone for almost two years.

A lot can change in two years. Two years ago she'd been in Saint John, going into her last year of high-school. Two years ago, she's still been dating Lash…

"I could leave it on the wall," says Four, interrupting her thoughts. "The one in the Office, the one where we leave the drugs. That way, Five or Six could find it. Right?"