Primary Temporal Position: 1824
Reset Temporal Position
"I see I'm not alone in my fondness for cryptic bullshit," says Bina, and realizes that was probably a really stupid thing to say a few seconds to late.

"I… what?" asks Gregor. He shifts his eyes to her, from Amie, in confusion.

"Nothing," says Bina, as she really doesn't want to antagonize the man with two loaded zombies. "Any time now guys!"

Amie, Kendra, and Emmie start edging their way up onto the platform. Bina watches them make their way painstakingly towards them. All three have adopted that particular hesitant even gait, as though Gregor were some kind of magical deer they were trying not to spook instead of a man of highly suspect morality backed up by invincible animate time corpses.

"I am supposed to tell you what second task is," says Gregor, his tone a little uncertain. Bina does not like uncertainty. Uncertainty means that things might still go tits up. "You do not want to know what the second task is?"

"Really? I could go either way," says Bina, her eyes darting back and forth between Gregor and her friends inching their way closer.

"It is important," says Gregor. "She is more emphatic about doing this then that I am seeing floating green thing."

"Oh, she uh - she instructed you to do that, did she?" asks Bina, with more sinking feelings then is really fair to impose on someone so short. "That's… great!"

"Kendra," whispers Four. "The thing! Get the thing." She points at the hoop of wires and electronics that she used to somehow produce the map.

Sticking out of it is the bright pink thumb-drive. 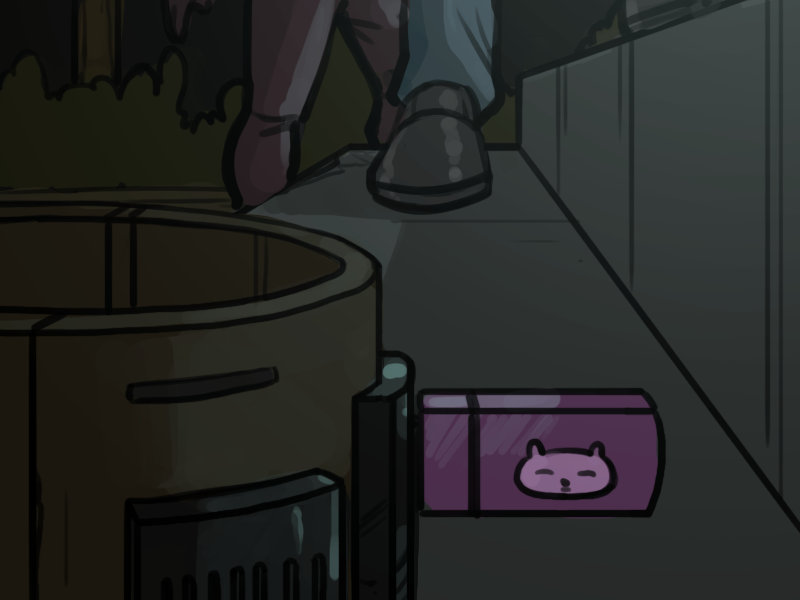