"The structure of reality is a lot denser here," says Bina, walking up to the growing cracks, as her double stumbles away, startled. "They won't spread out like they do in our loop."

"Hey!" says Emmie. "Can we run? We should be running yes? This looks like something to run from."

"But this might be us running," says Bina. "It's going to expand, then contract, as the damage propagates forwards and backwards in time. When it fully contracts, that's when whatever will cause the damage will have happened." 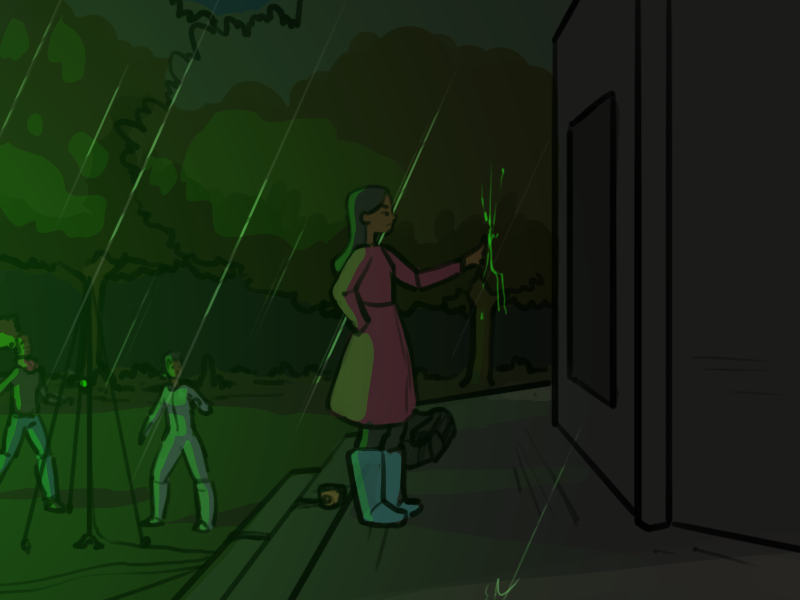 "That could be Gregor coming through," says Kendra. "Or more naughts."