"The gaps, the holes that get made every loop. They don't get fixed, they just sit there, so if you're there, right at the same four dimensional coordinate as a jump from a previous loop, woosh! You're back in time! You can't even see them happening because, without the unlight, they're invisible. Four dimensional gaps in reality, you can't see unless someone is doing something very dangerous."

"Okayy?" says Four. "That's what we were just talking about." 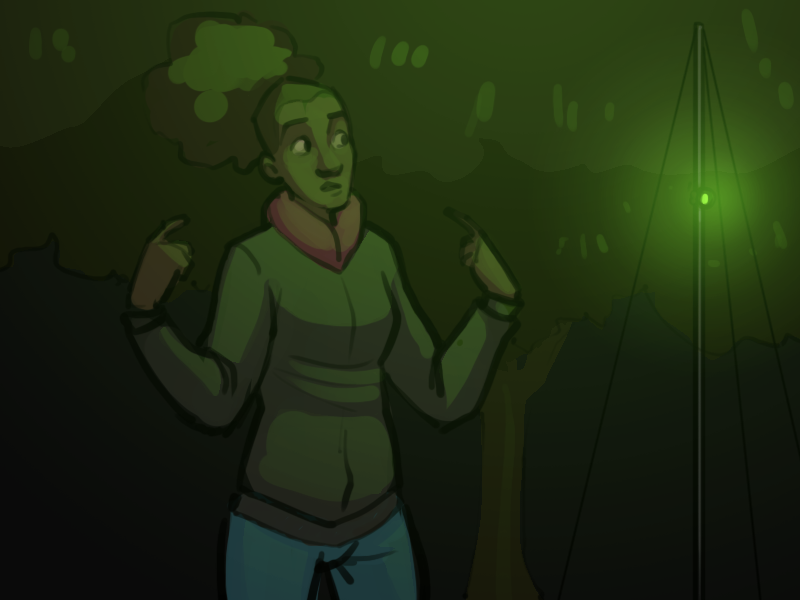 "Remember? The TV in the tunnel? I just poofed back in time."

"Oh yeah!" says Bina. "I forgot about that! We never figured out what made that happen! Some other Bina must have time traveled from that tunnel back to the Laundromat and you were in the right place in the wrong time."

"So you're saying…" says Emmie. "At any point, we could just be walking along and -"

"And unless Bina is making things glow, we'd never see it coming. We wouldn't see time start to crack."

"Yeah that's definitely not coming back to bite us," says Amie.

"Right!" says Kendra, "But that's not what I'm talking about."

"What are you talking about?" asks Four, frowning.

"I was wondering, if it works like that for time travel… it's gotta work that way for jumps between time-lines, right?"