"Nah," says Four. "What's the point in that? This should show all of them. Well, all of them after this one. Couldn't figure out how to read previously existing data very well. We might get a bit of Three's, but it'll be fuzzy."

"Including ours?" asks Kendra. "Thirteen?"

"Ah, no," says Four. She stops fiddling with the wires and thinks about that one pretty hard. "Er… maybe?" 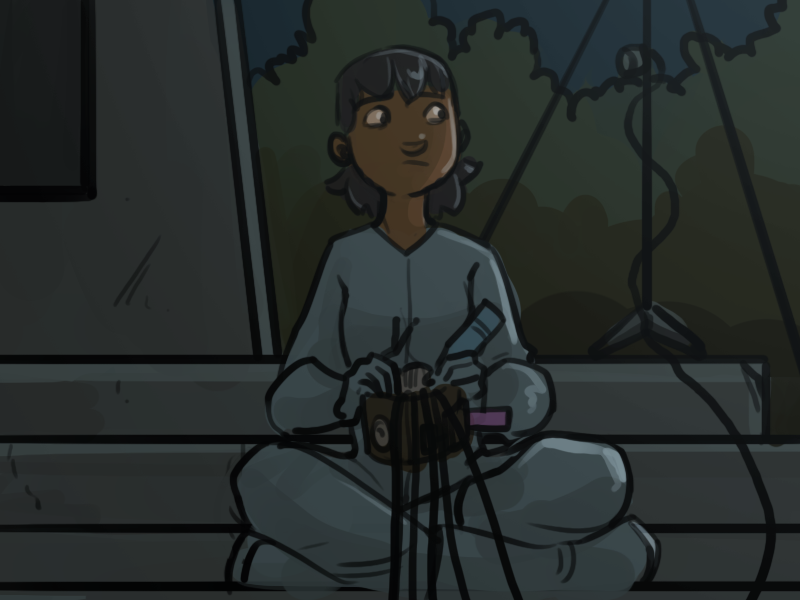 " I don't have it set up to go that far. I was just going to go to Ten. I thought Ten would be the last, we'd have either succeeded by that point or everything would have imploded…"

"Can you refocus or…"

Thanks everyone! You're all the best. : )