"Three months?" says the other Bina. "About that. I had the idea earlier, but I started really working on it three months ago."

"What did Three say about it?"

"That sounds about right," says Kendra.

Both Bina's sigh and bite back the instinctive urge to apologize for something they technically had actually done.

SelenticSurface:
Dare I say it? 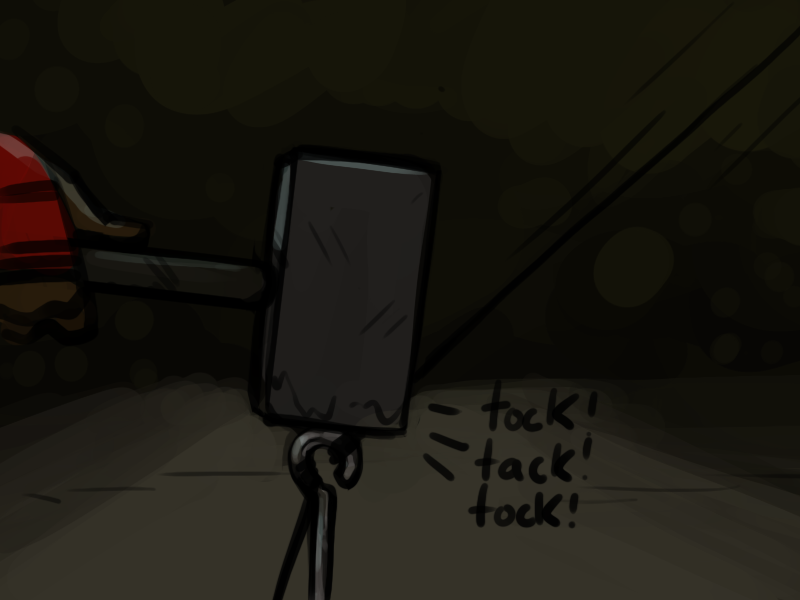 "Aaaand finished," says Bina, standing up. "Wait - is that everything?"

"Yeah, that's all of it," says Four. "This part of the process isn't that complicated. The hard part was laying out all the sensors."

Dave Rapp:
Zach I wouldn't worry too much about hitting 1800 pages. I think you understand better than most the dangers of letting calvinball get away from you. It can be easy to get trapped in the cycle of adding more and more stuff to the narrative rather than moving it towards a conclusion, until reaching a point where a satisfying conclusion is basically impossible. But I think as long as you're aware of that danger you can safely work to avoid it. If it takes a long time then it takes a long time. As long as we don't go off to explore the extensive backstory and interpersonal relationships of a bunch of new characters for the next thousand pages, I think you're fine.

By comparison - by day 1800 of Homestuck we had entered the Gigapause, which I think is unambiguously well past the point where Andrew Hussie officially had no goddamn idea how to end his story and had to stop working on it to go take care of other things.

I need to say something, relating to Calvinball and the ending, because we are getting there, even if it's not quite as fast as I might like.

I've said before that the way I write All Night Laundry is Calvinball: Hardmode. One day at a time, every day, interactive, meaning I can't plan, and I can't edit. I can steer, sort of, at about 250 words, and 1.8 images a day.

This story is enormous, clocking in somewhere around 1800 to 2200 pages of just the text, depending on how you count, with over 3500 images, and it's been written over a period of five years.

If this were a novel, I'd need several editors doing different things (continuity, style, copy etc.) to keep things straight, and multiple edit passes to get everything lined up neatly.

That is not going to happen. It can't.

So, I'm telling you, not necessary archive readers reading this in the future, but to the people who are on this long, strange, slow, journey with me now, to all of you: I will make as good an ending as I can, but it will not be the kind of ending you would find in a story told without those limitations.

It will not line up perfectly. All the questions will not be answered. It will almost certainly happen both too quickly and too slowly. Things will be clumsy, awkward, or messy. Some threads may be dropped. Some may show up out of nowhere and tie things up too neat.

We may lose the landing-gear, or the wings.

When I wrote those articles about Calvinball, that was me working through the fact that this was the kind of story I was writing. This was the situation I had gotten myself into when my little three month project had ballooned into something that might take six months, then a year, then two years, now more than five.

When I wrote about the ending of Homestuck, and Lost, and Battlestar Gallactica, and why they weren't particularly satisfying, I was writing about this story. I was coming to terms with that.

So - we will get there, make no mistake about that, but the landing? It could get a little bumpy.

Thank you, as always, for reading.