Primary Temporal Position: 0179
Reset Temporal Position
Bina is covered in sweat, her wrist aches, her head feels like someone ran over it with a train made of broken glass, and her need to pee is getting extremely worrying.

But rather than panicked, she feels… relieved? 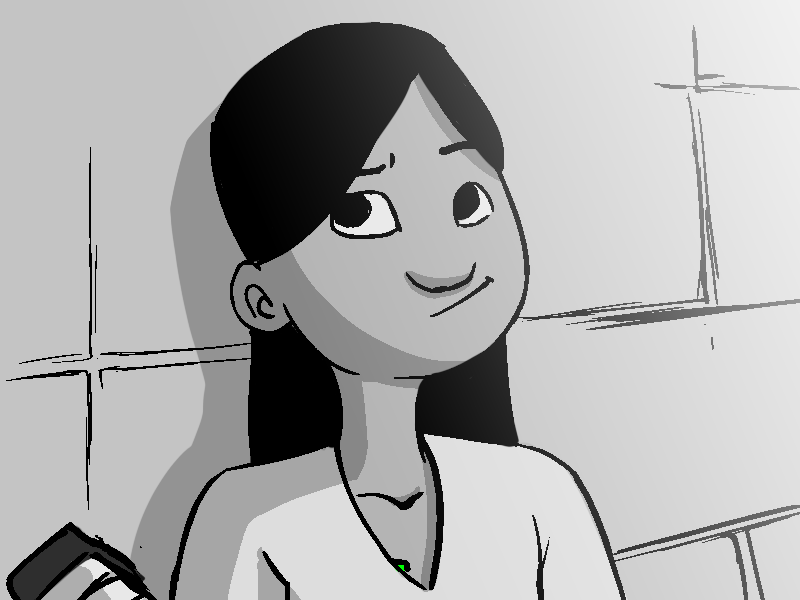 She guesses it's because while she's in a basement, chained to a pipe full of explosive gas, with the ceiling about to collapse, while a dangerous ex-russian ex-soldier does nefarious deeds nearby, she is, at least, not alone anymore.

Bina tries to feel bad about how selfish that thought is, but she can't quite manage it.

Beside her, Kendra shifts position to get a look at the chain on the handcuffs.

Fuade:
Well unless they're really old I doubt the cuffs will break. Those things are meant to keep those 200 pound thugs at bay.

Burn Notice tells me your best bet is to grind the two cuffs together for a while, but that was over the course of a day or two

All that pulling and we barely scratched the paint. This is so ridiculous. Half a pound of metal and it's going to get us both killed.

Lacemaker:
Here's a trick they used in the olden days before SCIENCE!!! to help people with a sudden onset of speech difficulty.

Think of a song. Any song, preferably a simple, catchy, annoying one that will stick in your head for hours.

Have you got it? Good. Now, start out by just humming. Once you've wobbled your voice into something approximating a decent key, then you can start to sing. It doesn't matter if it's nonsense, just try to sing the words.

Some people get it on the first try, and normal words come out. If not, try to manipulate the babble into something semi-recognizable in English. Only try French if English is coming out ok. Keep trying and practising, and eventually you should be able to direct the stream again.

It works because the half of your brain that handles music is different from the half that handles speaking, so sometimes if speech is gone people can still communicate by singing, and eventually train that part of the brain to take over speech.

Somewhere inside Bina's brain, a neuron fires and she has one of those weird flashes of memory. People who have this 'can't pick the right words' thing going on in their head, sometimes they can still sing.

Dregadude:
>Hey know what would calm both of you down? A nice sing-along.

Err… if only she knew a song for 'the ceiling is about to cave in, we're both going to get smashed into jam by falling washing machines well before Gregor gets back', but she doesn't. For a horrible second, she can't remember ANY songs AT ALL. Completely blank.

Then one comes to her. 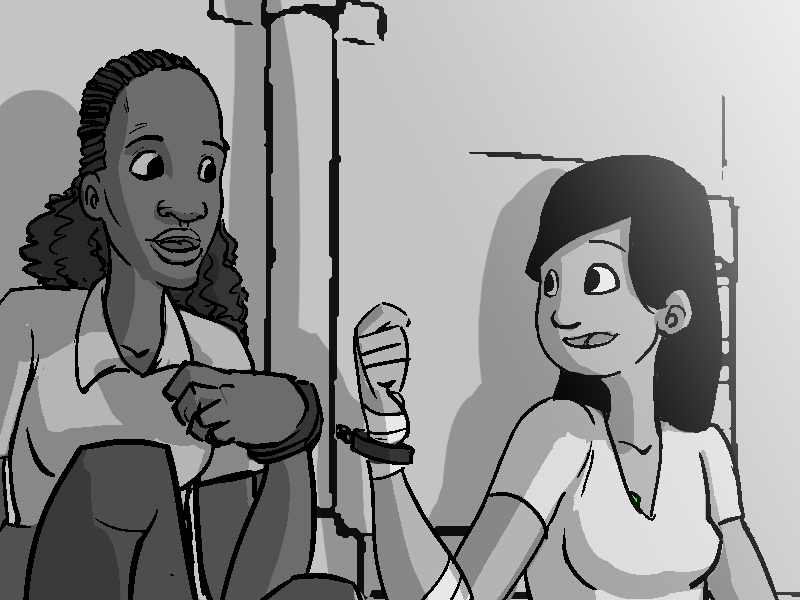 Bina sings the nursery rhyme, and the words are words, not nonsense syllables, which is good, and they're the right words, which is even better.

And in the way of addictive way of nursery rhymes everywhere, Kendra joins in on the 'ding dang dong' and sings with her through a second repeat. For a few brief seconds they sing together.

Afterwards, Kendra smiles at her. You can sing!

Bina shrugs again, but finds that she is also smiling. It might mean nothing, but it was wonderful to feel in control of her own voice again.