"Uh, not sure that's a good idea," says Amie. "As we um… previously realized, bringing the Dead Moment into the Live Moment is not… good…" 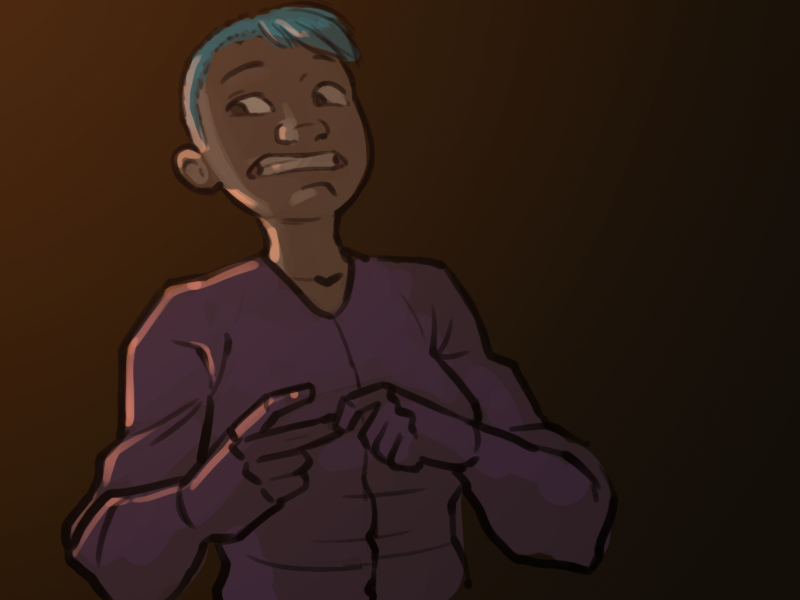 "We know that now," says Bina, frowning at Amie, who wilts visibly under her stare.

"Didn't she do that before?" asks Kendra. "You said you found the Moment with Amie."

"Are you kidding?" asks Four. "I left it on the floor and brought it back later. I wouldn't bring that thing anywhere near the Moment if at all possible. I'm amazed yours remained stable with that thing inside it at all. You also can't bring yours either uh… Me."

"Well we can't leave them here," says Bina. "With the amount of shenanigans going on it's not safe."

I really like the art style in this section

Hi hmnedith! Welcome to the PTP! I'm really glad you enjoyed yourself and I'm glad you're liking the art. This style has been interesting.

Please stick around and make suggestions. :)