What? What is it?

Argh. Crap. Uh… how to explain this non-verbally?

tegerioreo:
Oh wow, this is going to be a real gas, I mean a total blast, man!

Bina: Urge caution any way you can.

Bina points at the pipe.

Yeah? What? I know. The pipe. You think we should try and bend the pipe instead? I dunno it's thicker then the cuffs but maybe we could unhook it or something? I think these bits might unscrew here…

She points at the pipe again and makes a hissing noise. Then she makes puffs out her cheeks and makes an exaggerated explosion noise. 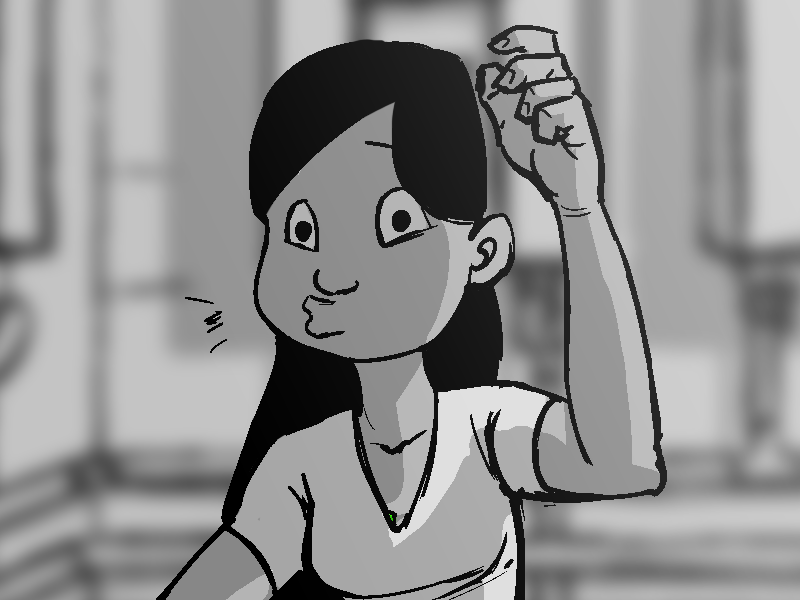 She has to repeat this several times. Pointing at the pipe and then making the explosion noise.

Eventually Kendra gets it.

Gas? Like, heating gas? In the pipe? You're serious? 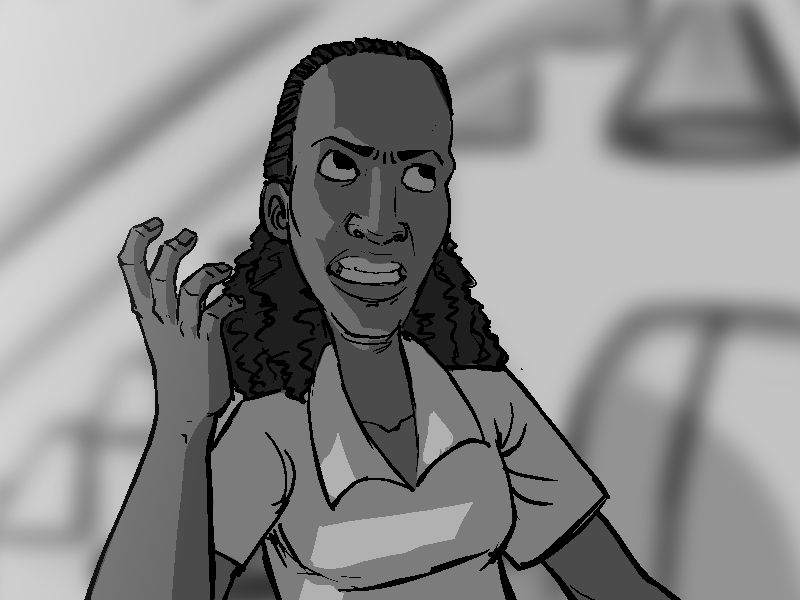 Of course it would be the gas pipe. God, this has been the worst week. You have no idea. First, my van got towed. I missed one of those little orange no parking signs that we put up near construction sites. Me. Right?

Ha ha. The meter maid getting her van towed, and didn't everyone I know have a good laugh about that. Except I need that van to, like, WORK, so I had to get up at six and take a taxi get it out of the lot, and all the guys there laughed too.

Then! Then they messed up my schedule so I missed my niece's birthday, which is probably for the best because I still have a sore throat from LAST WEEK and she's only eight and aaaaargh…

Getting kidnapped by a crazy Russian guy and locked in a basement, is like the perfect ending to the crappiest week imaginable.

Bina gives her a Look.

I really, really don't want to die down here.

Kendra slumps against the wall. After a few seconds Bina follows suit. 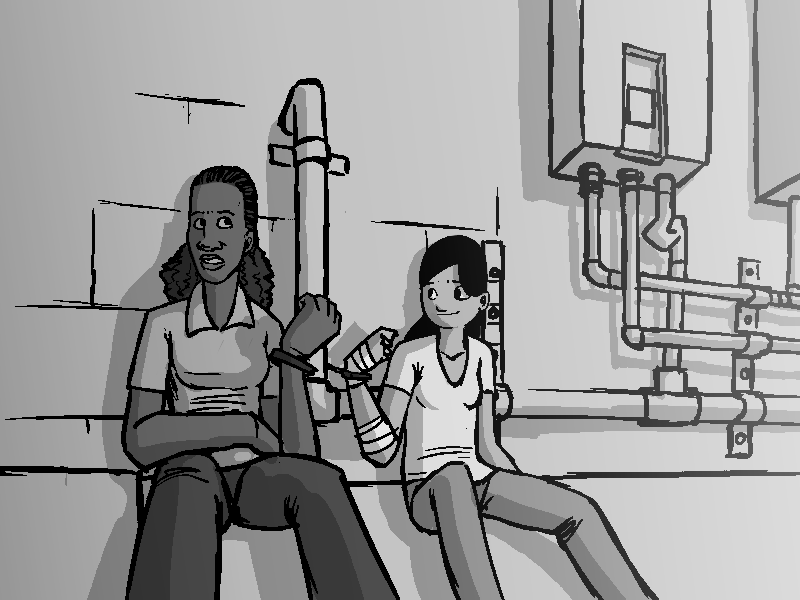 You don't think… I mean, if we broke the pipe, and then ran really fast?

Bina shrugs. She's got no idea.

Singing will still happen! I know I'm being a big tease.