"Wait, is that what Gregor was looking for?" asks Kendra. "He said he was after a watch. That's a watch."

"Yeah," says Amie. "I mean - I think so, I haven't asked him. There can't be too many magical watches hanging around, right?"

"I'm not sure I'm following," says Emmie. "That looks like the Moment. How did he get the Moment? Are we sure it's not hers?" He points his a thumb at Four.

"Which basement?" asks Kendra. "And when? There have been several events that meet that description."

She explains about finding the watch in the dirty water of the flooded hospital basement, then picking it up and not telling anyone.

"All right," says Emmie, not quite following the mood here. "Well - that's good right?" He looks between all the women. "Right? I mean, whatever it is, we don't want Gregor to have it. That's straight up bad time woo-woo. Is that how he's time traveling?"

"No," says Four, standing up. "That Moment is dead, exhausted. The instant inside it has been consumed by entropy and has collapsed into a singularity. You can't use it for time travel anymore. If you think he's time traveling, he has to be doing it some other way."

"The Hound," says Bina. "She has unlight inside of her."

"Then what does he use it for?" asks Emmie.

"Communication," says Four. "I haven't had the time to study it, but I'm reasonably certain that it connects to the very bottom of the entropic well."

"Oh Amie," says Kendra, thinking about the only entity they know for sure is down there. 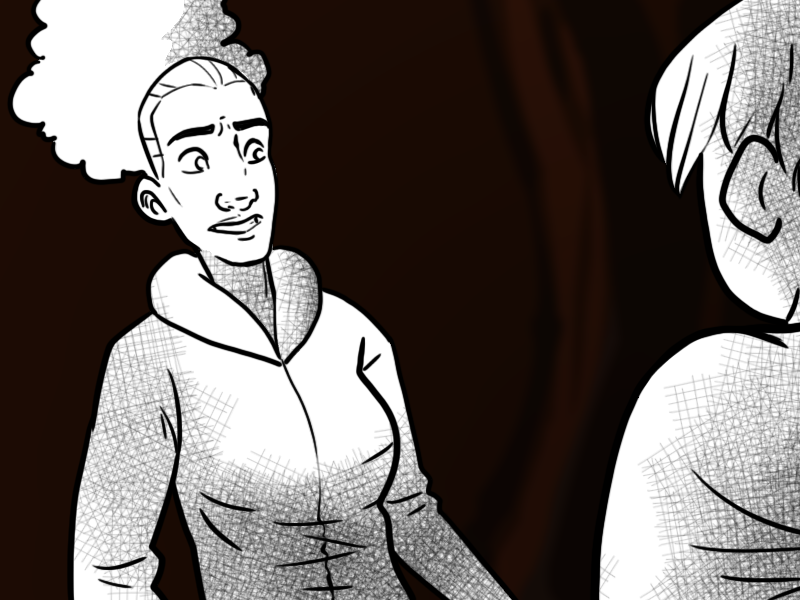