Primary Temporal Position: 1759
Reset Temporal Position
ForestGardener:
>Inserted by direct Botfly cross-loop interference. I watched it happen.
>Wait, weren't you like ten hours in the future? Because they're also here.

"I think I saw them arrive," says Amie.

"In the future?" asks Bina.

"Yeah - I dunno exactly when."

"Somewhere between 3:15 and 3:30," says Four, still digging through the backpack.

"So they're time traveling?" asks Emmie. "Well - that makes me feel considerably worse."

"If they're the same ones," says Amie.

Emmie and Kendra describe the two naughts and their various anatomical anomalies.

"Yeah - that's them," says Amie, who wasn't sure which option was worse. More naughts, or naughts that somehow figured out how to time travel.

Wolftamer9:
> So Amie, do you have anything to confess???

"Err - about that, I think I might know how they were able to follow us," says Amie, dreading this conversation but now literally trapped into having it by the bonds of causality.

Not that she'd avoid it again, she wouldn't. She should tell them - will tell them. It's just this time she risks exploding if she doesn't.

Which she doesn't want to do.

But she'd do it anyway - talk to everyone, not the brain splattering! She'd even do it if causality weren't holding a big hammer and eying her gray-matter speculatively.

"I-" she begins, but Four interrupts her. 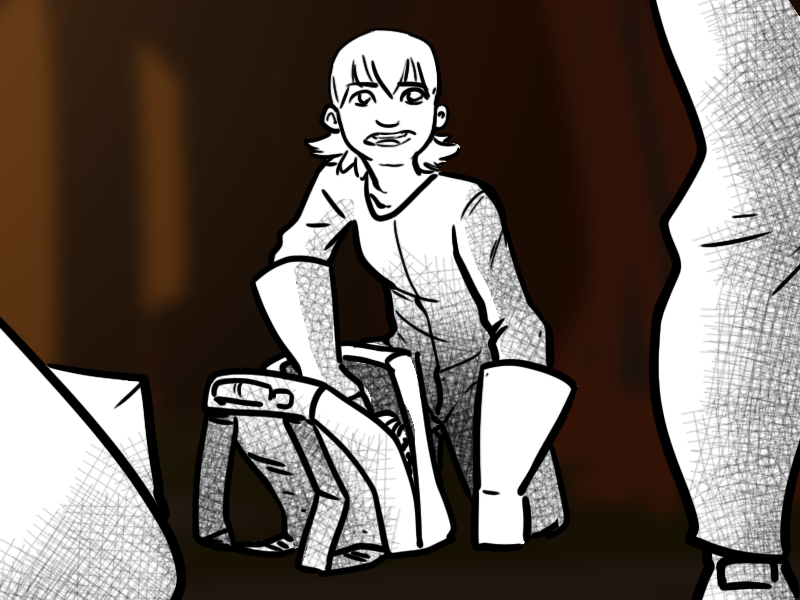 "Where is my journal? Didn't I leave it with you?"