"Err… yeah," says Bina. "I suppose it is. I just hope Amie hasn't done anything ridiculous."

"She wouldn't do anything dangerous," says Emmie. "Right?"

Though even he doesn't look like he believes that. 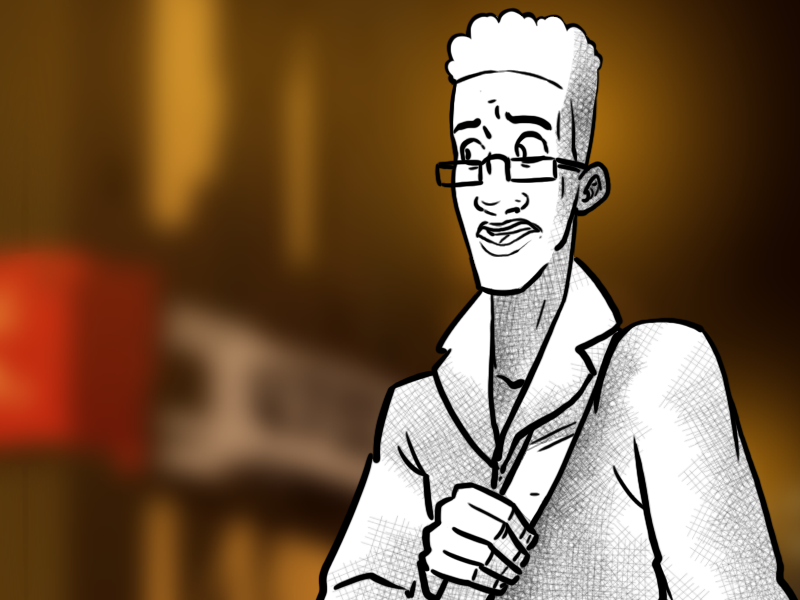 "Can we go help? We have a couple of time machines," says Emmie, gesturing to the bag at his hip.

"Better if we try to keep the in-loop time travel to a minimum," says Kendra. "We don't want to stress our uhh… crap, we're out of terminology again. 'Meta-temporal displacement vector'? Does that work?"

Bina considers that finally says, "Yeah - that works. Also, Four didn't exactly tell us where or when in the underground she'd stashed Amie. We wouldn't know where to start looking."

"So we just have to stand here and wait?" says Emmie, in a tone that indicates that he's not happy about this idea.

"Beats running," says Bina with a shrug. With some reluctance, the other two nod. At this point, anything beats more running.

Dennis Holderman:
hey zach, have you thought about putting this up for voting on topwebcomics.com ? i think it would be a good way to introduce more people to it :)

I have been considering it, though my understanding is that it's been repeatedly distorted by bots over the last few years. If they've managed to crack down on that, then it might be something I'd look into.

Candor_Zofain:
As is standard custom. Just caught up after a 2 day binge, Looking forward to following with the story.

P.S. There are still those retcon pages you have yet to finish :P

Blargh! I know. I seriously think I'll only get to those when the story is actually finished.

Still, glad you caught up! Thank you very much for reading!