She tried English! It was what she went for first. Then she tried French, and then, in increasing desperation, Telugu, though she'd be the first to admit that her grasp of that language has gotten increasingly shakey over the last few years.

citizenAbel:
> Look around the room.

Bina tries to get her bearings. This place looks like a basement. There are no windows, and the walls are… the walls… are…

Chizita:
> Is it safe in this basement? It looks mighty collapsed… Will the ceiling hold?

That support pillar is bent. Even worse, the fixed beam it's holding up is starting to snap, meaning all the floor support beams of the story above them are starting to sag down with the weight of whatever is upstairs. 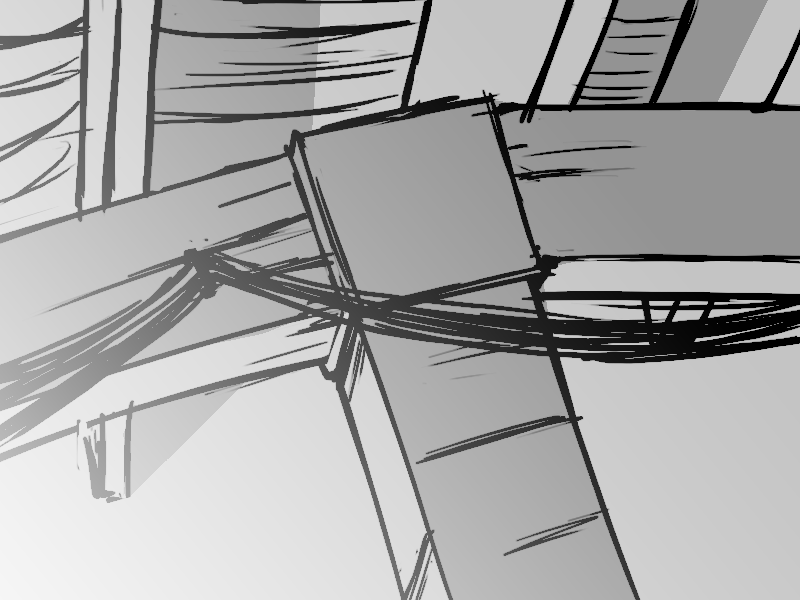 That is really really bad. They need to get joists in immediately to replace the broken sup -

No that probably wouldn't help. Something has cracked the whole foundation like an egg. The floor is uneven by about ten degrees. That's why the support has bent like that, the stress is coming down all wrong. There are zigzag cracks between the cinder-blocks where the mortar wasn't strong enough to hold against - 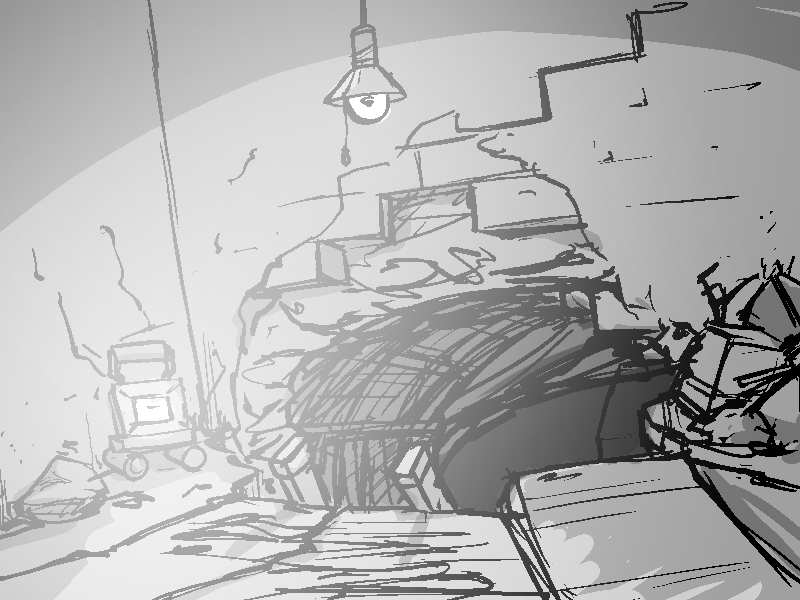 There's a sink-hole in the corner, large enough to swallow a small car. The concrete floor has buckled, and above the expected musty odors of a commercial basement, she can smell the damp scent of loose soil.

It looks like someone, someone with no sense of self preservation, has been digging down here. Digging, with the whole ceiling above them about to cave in.

There's a pile of loose rock by the side of the hole and Bina thinks she can see a ladder leading down into the pit. 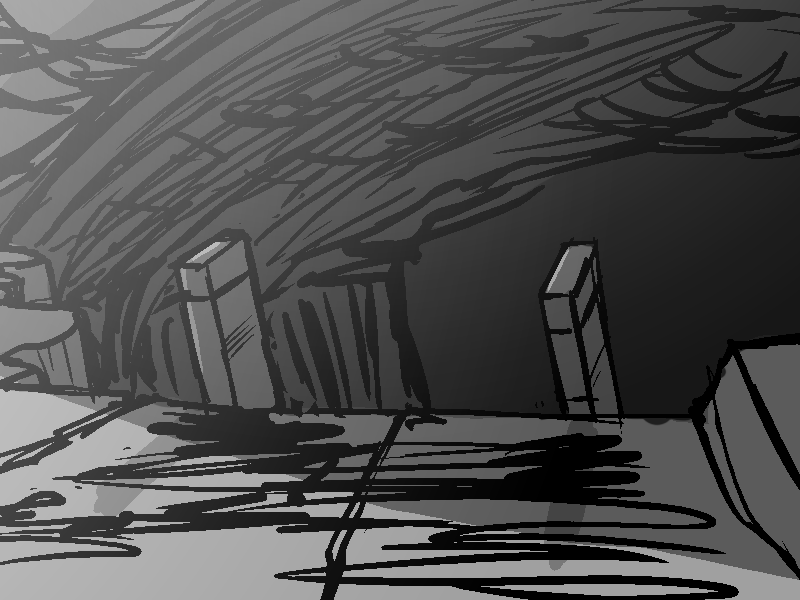 She's got no idea how long the ceiling will hold but it won't be long. This whole area has lost its ability to properly hold weight, and when the that beam cracks, which it WILL, and SOON, the entire floor above them is going go come crashing down. When that happens, if the foundation is as bad as it looks from where she's sitting, its going to destabilize the walls, and then it's anyone's guess if the whole danged building doesn't fall in on itself.

Anyone still down here when that happens is going to have a day that is both very bad and exceedingly brief.

When it starts to go, it will happen fast. That beam is going to make one hell of a loud crack, and at that point it would be a good idea to run very fast and probably pray as well, extremely piously to any gods who might be listening.

Of course the most important thing to do, and this fact is key, is to make sure not to be chained to the damned wall at the time.