Primary Temporal Position: 0173
Reset Temporal Position
Bina nods to indicate that she does understand what the woman is saying, and instantly regrets it. Her head was already hurting, that just made things worse.

Oh thank god! You were so still for so long. I could barely tell if you were breathing.

Bina tries to tell her that she's ok, that she'll be fine, but it comes out all mushy, the words tangled up with each other.

Kíeros:
> Ask her where you are, who she is, and where the nearest bathroom is.

She tries again. Where are they? Who is the woman? Where, oh where, is the nearest toilet?

But it all comes out slurred, or broken, or not at all. The woman stares at her, incomprehension and worry on her face.

Her thoughts are broken and disjointed. A tangled jumble of images and emotions bounce around her skull but nothing wants to hold together. A jigsaw puzzle with no edge pieces.

Something happened. Something bad. Strange things. A green light. Wires. Writing on the wall. A shovel. Tangerine. Dogs. Two dogs. One big, one small. And something about cats.

Two cats… two cats who are the same cat.

Two dogs who are the same dog.

She realizes that the mumbling confused voice she's been hearing for several minutes is her own. She's been speaking, babbling really, but she has no memory what she was saying.

She closes her mouth, licks her lips, and says very carefully that she needs to pee. The French words feel slippery on her tongue, and looking at the expression on the face of the woman in front of her, they didn't come out right. 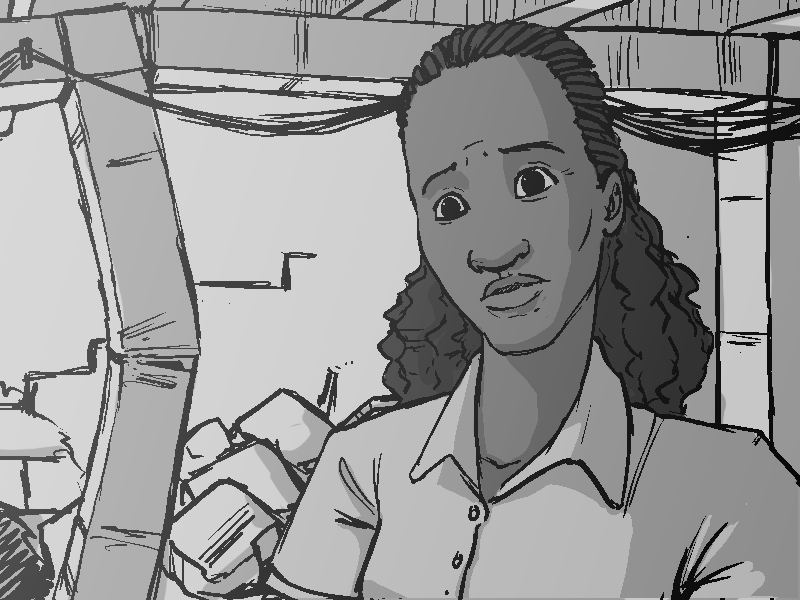 I'm sorry, I don't understand what you're saying.

So talking isn't going to work. Lets try action. She leans forward to try to get up to find a bathroom, but is pulled up, her right arm still caught in the - 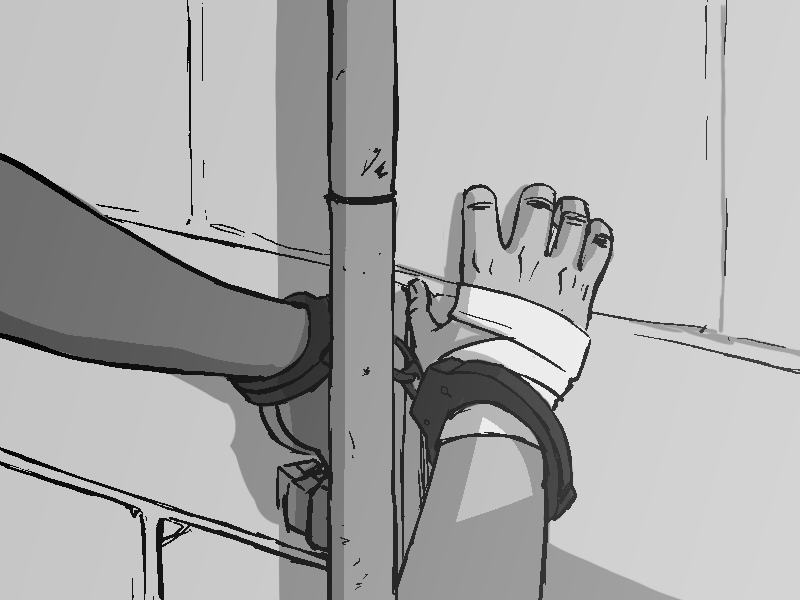