Primary Temporal Position: 1723
Reset Temporal Position
Amie tries to assemble her thoughts but she can't. She feels like her brain is popcorn and someone's just turned up the heat. They keep bouncing away from her.

"You didn't know the name!?" she asks, and then hits herself on the head with the heel of her hand. That was the worst question to ask.

Why would he ever answer questions about a television series when he has a zombie dog with him and he's working for a spooky alien ghost!? Ugh, just cancel her. Now. 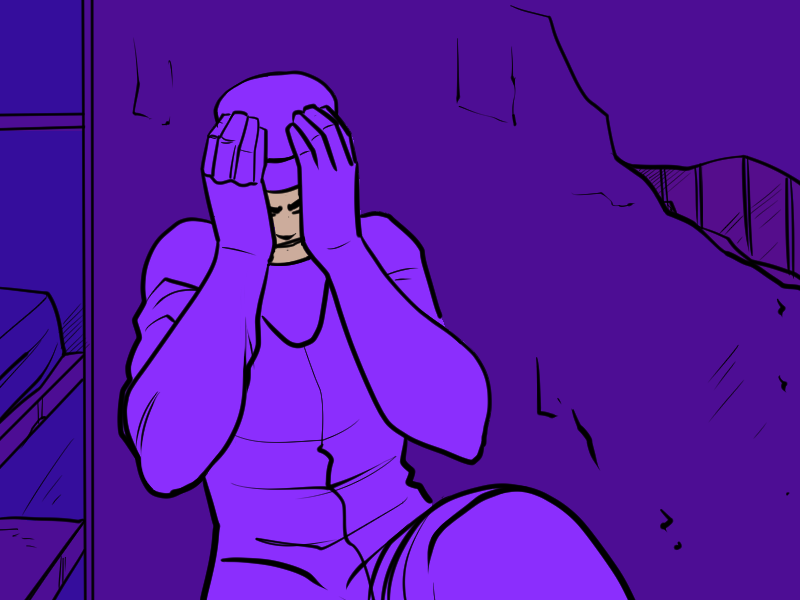 And yet… he does.

Napan Buckner:
Gregor: have compassion on Amie based on having had a shared television experience

"It was not in Russian. My English - it is not so good now - but at the time, it is much worse. I understand maybe… one word in three. I am in jail then, so I cannot Google words."

"You were in jail?" asks Amie. This is the first she's heard about this.

"No," he says, sounding confused. "I mean - yes, but also no. I do not know… I am in jail, but not jail - jail for soldiers. We had television there, very small one with satellite antenna. Mostly we get the English 'Space' channel. Captain Kirk, lots of Captain Kirk."