If the dog drops down here she really is going to have to throw a rock and run - and hope the universe doesn't implode or explode or whatever kind of ploding involves her screwing up everything,

But… Piotyr doesn't drop down - not right away at least.

Above her, the floor creaks again, and she can hear the sound of Gregor's boots on the wooden floor.

Sevenblazes:
Telling them to jump in a pit might not work now, you'll have to give them a different order. They just heard Gregor say "do not go in the hole", so they might think that's part of their orders now.

Ah crap! OK - that's annoying. She just needs to find something else to tell them!

Sevenblazes:
Also, keep in mind that he said "She is not here. She is up, fifth floor I am thinking?" So if the Naughts were ordered to get Bina, they might start heading up now. Watch to see what this one does.

She almost starts to relax - 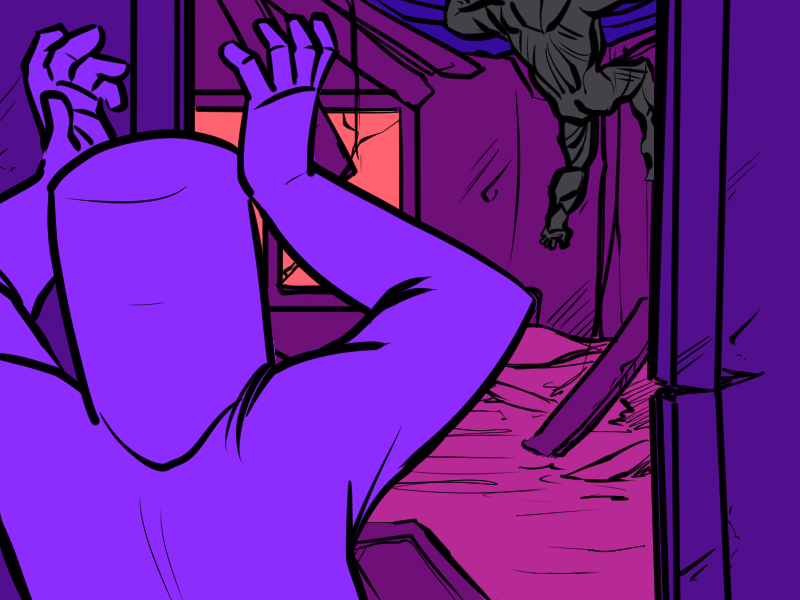 - when the damned naught starts climbing the goddam wall!