Primary Temporal Position: 1699
Reset Temporal Position
jmcallaway:
Amie, you're geek-savvy enough to possibly know this trick: use a mirror (or something similar) to peek around corners so you're not popping your head/body into view and be subject to a whack-a-mole maneuver.

She would totally be doing this if she had a mirror, but she doesn't! She's got half of one of those fluffy Indian biscuits from breakfast in a napkin, the master key to this hotel, and the Dead Moment. That's pretty much it.

She makes a mental note to pick up a piece of mirror though, if she sees one.

Biblioholic:
Remember that B4 pointed to the roof and relatively the base of this structure to indicate where all of her was, so this might very well be B4 on this floor, as per a few minutes ago.

Amie: tiptoe nearer to the walls because that will make less creaking. Seek that complaining timber!

THAT she can do. 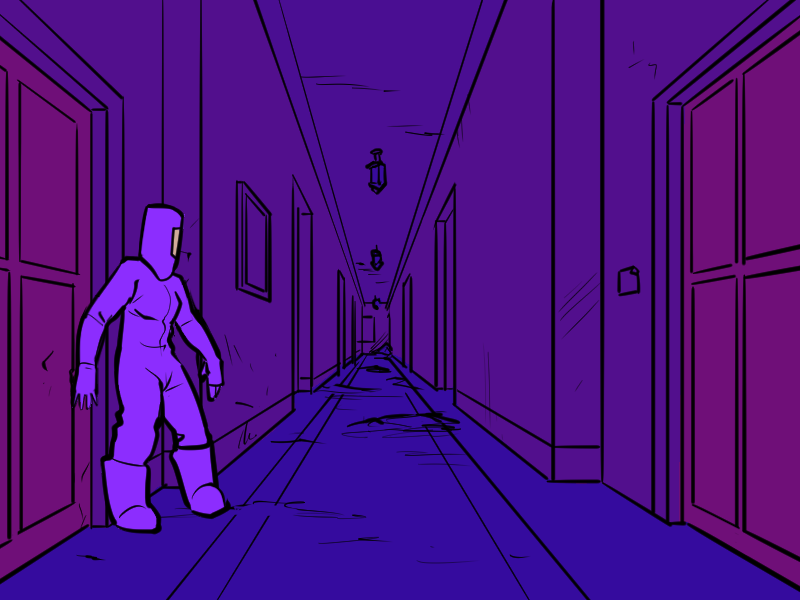 Urmmux:
Hmm… at this point you should be expecting something to fall through the ceiling. If something does, you won't be off-guard. If the thing falling is surprised, that puts you at a neat advantage.

Aww jeeze, now she's going to be thinking about that this whole time.

Amie creeps deeper into the hotel.

Apparently posting screwed up. All fixed now. Pay your hosting fees everyone!