Primary Temporal Position: 1688
Reset Temporal Position
Zinvia:
Amie: What do you think you're trying to do, stop the naughts from attacking B4 by telling them to do something else? You don't even know that's going to… Wait. That's exactly what you think is going to happen, isn't it?

Well… yeah! Probably! Otherwise why would future-her send past-her a weird story from future-Bina. Especially as that probably annoyed future-Bina in the process!

Liam White:
Wait. You're going off to STOP the naughts? Not escape from, not sneak around, STOP the Naughts? WHY? This has less than nothing to do with you!

OK, yeah, that is a good point. Yes. Except what if the exact opposite thing is true?

Like - the first time Four did this the Naughts probably didn't show up, right? That's gotta be because Amie and her pals are here, so if that's true then it's their job to make sure the Naughts don't do what they always do and ruin everything forever?

And as nobody else is here, that makes it Amie's job.

MidnightDStroyer:
Take care of what's important, but caution is a good idea; you wouldn't want to run full tilt around a corner & accidentally smack face first into Bina as she's coming around from the other side of that same corner that same corner…

That is a good point! Four absolutely cannot see her. Bina can't act to save her life and is horrible at lying. There's no way that Four was playing dumb that whole time. If Bina sees her, the paradox is going to be baaad.

Amie slows down and leans on a pile of the gritty dust while trying to keep the two naughts in view. 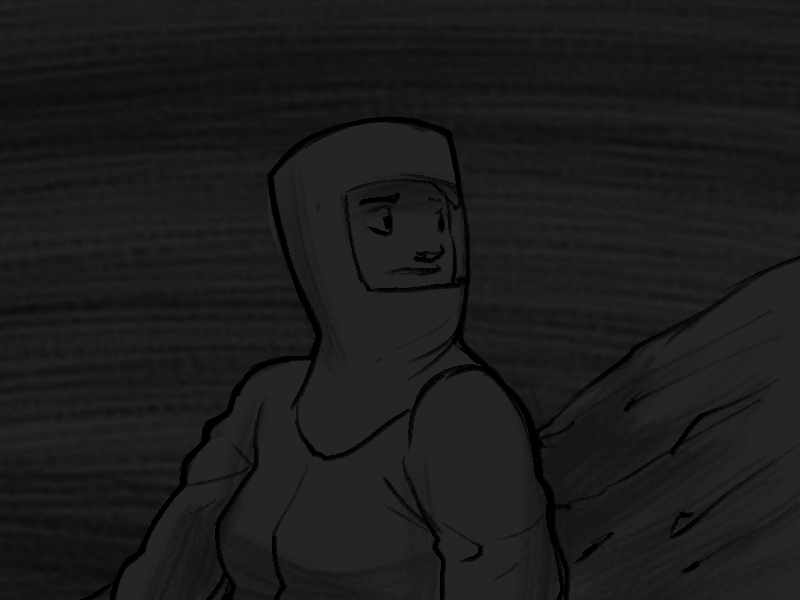 Crap! She can't have lost them already.