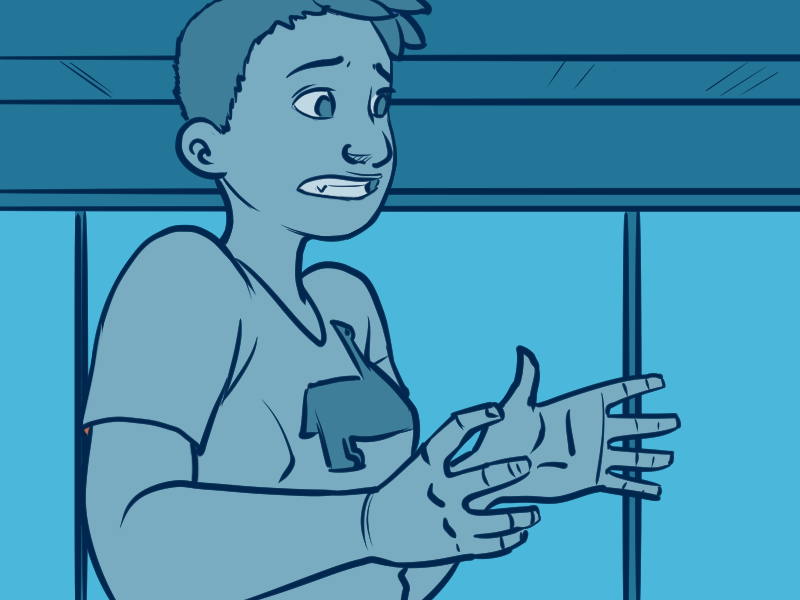 "OK! So every loop there's a point at which communication breaks down between the loops, we've been calling it the 'Blackout' but - "

Urmmux:
B4: Don't beleive a word she says. She has been lying the whole time. She kills moments and shorts out viewers. Amie is dangerous.

"Oh jeeze, I think I just realized why this happens!"

"This should be good," says Bina, frowning.

"It's has to be intentional! Three has to have added in something to black out the Viewers once we show up!"

"My Bina and me!" says Amie. "And Kendra and Emmie too. The people from loop Thirteen!"

"Right," says Bina. "And why would she do that? That seems really -"

"We tell her to do it! We have to, when we go to her loop in our future. We're going to tell her to block the Viewers so that she can't accidentially time-lock our actions by seeing us show up before she fixed it!" 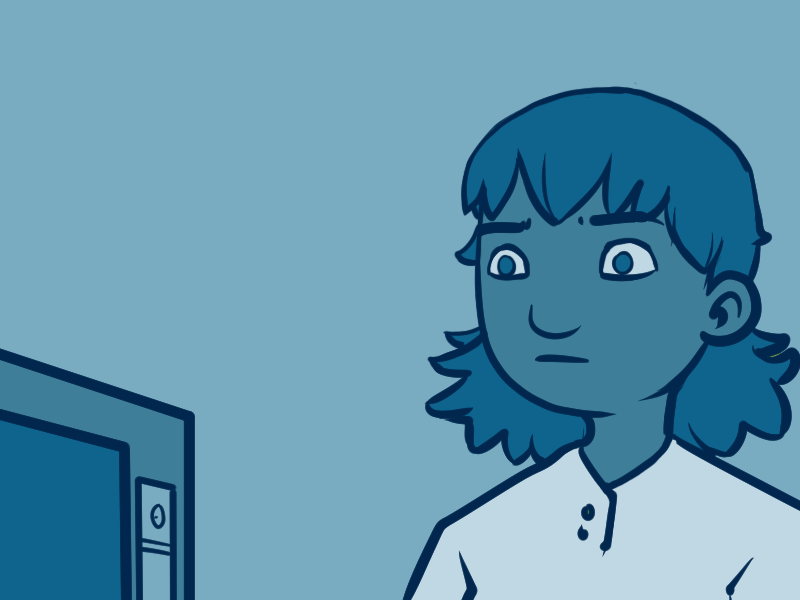 Rodney Johnson:
whoa, I finally caught up. with how long this comic is I was wondering for a bit why I couldn't just move on to the next page.. took me a while to realize I was at the last one. This is the best comic I've ever read.

Hi Rodney! Thank you! I'm glad you caught up and I'm really glad you like this comic so much, gosh! :)