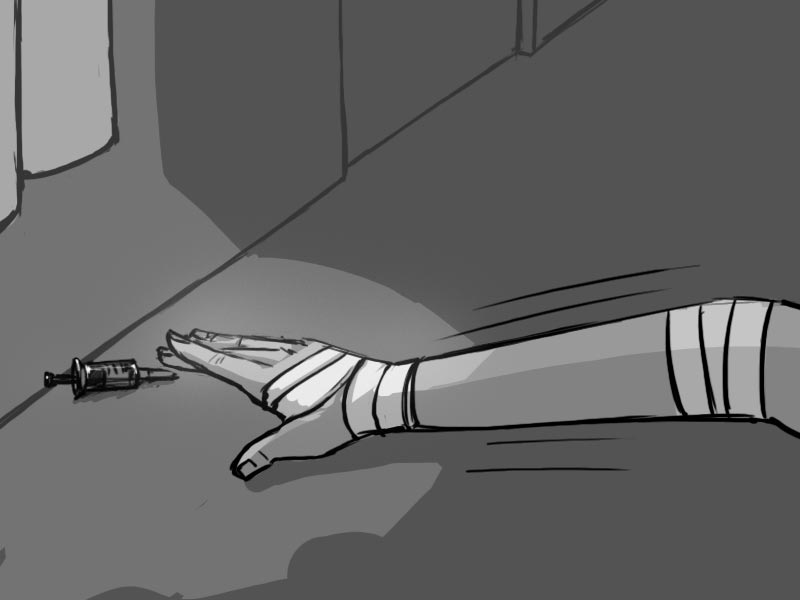 She's pretty sure that the people who wrote those notes on the wall are some kind of alternative versions of herself.

If she's right, then they know, they KNOW, that she's never used a syringe before and that she's going to be COMPLETELY AND UTTERLY FREAKING OUT right about now.

Heck, this very thing, picking the wrong arm and dropping the damned syringe, that might have actually HAPPENED to some of them.

Gah! Hair in mouth! Is it not enough that she has to travel through time, a process which is, by the accounts on the wall, FREQUENTLY LETHAL, but does her HAIR have to get in her MOUTH all the time as well? Arrgh! Ptah! 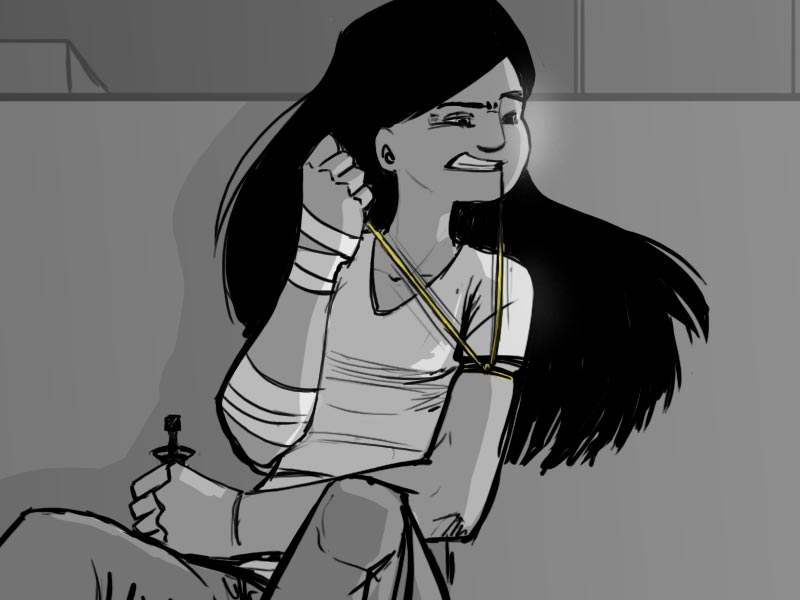 If she's right about the people writing on the wall across from her. This means that this thing that is about to happen to her, is going to SO BAD that she herself will decide later that it was worth it to put her through these brief but also endless moments of complete and utter panic.

Bina decides that the thought that she just had was terrifying in a number of ways, so she's not going to think about that right now, otherwise she will just go and hide under the desk and pretend this isn't happening.

And then she will probably die.

Lets focus on something else! Lets focus on Mrs. Vein who is TOTALLY going to be popping right up now out of Bina's arm so that she can inject the syringe and then she can not die, within, like, the next thirty seconds.

Come on Mrs. Vein! Now is not the time to be a shy!

Hurry up! Today's your big day!

Seconds tick by. Days! Weeks pass! Children are born, grow old, and die, happily, surrounded by bouncing grandchildren, civilizations rise and fall, and stars grow old and after long and healthy lives of converting lighter atoms into heavier atoms, wink out, or explode, depending on their personal style… 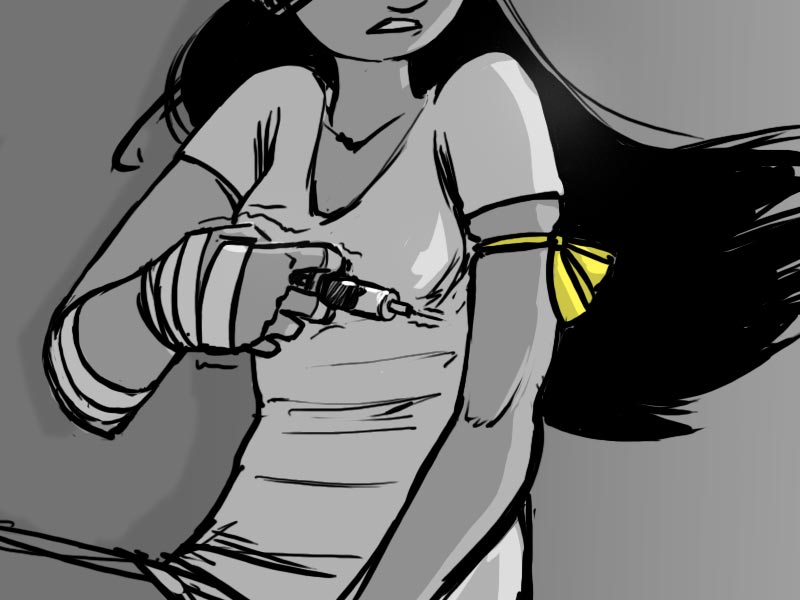 …but Mrs. Vein does not come out to play.

Around her, the disjointed howling of the non-wind seems to congeal into a wall of solid noise.

This better have happened to some of those other Bina's, because thinking that she is the only instance of herself in what appears to be over a dozen iterations of the SAME PERSON to pick the WRONG ARM in which to inject vital medication…

God, if she dies because of this, she is going to be so INCREDIBLY embarrassed.

While drawing the third panel here, I realized that this adventure contains a truly ridiculous number of drawings of Bina's hands and arms.

I kind of wish there was some sort of clever reason behind this, some hidden message or symbol I was trying to get across, but she really just spends a lot of time reaching for things and/or staring at her hands.

Dregadude:
Also, it seems I haven't made any fanart for this adventure. Let's fix that.http://www.majhost.com/gallery/Ozuan/MSPAF/frustrated_bina.png"/>

Sorry for making her look crappy but that's sort of all the quality I can manage.

It is a fantastic picture! You really managed to get across the emotion you were going for.

She looks so angry! I love eet!