Primary Temporal Position: 1622
Reset Temporal Position
It's later, Amie has told Bina as much as she can remember. Almost. It's weird, talking to this Bina. She's calmer than her Bina. Thirteen always feels like she's vibrating on some higher frequency than everyone around her, even before all this started, her Bina gave off the impression of barely contained movement.

There's none of that here. There's flashes of the Bina she knows, but only flashes, this Bina is a still pool 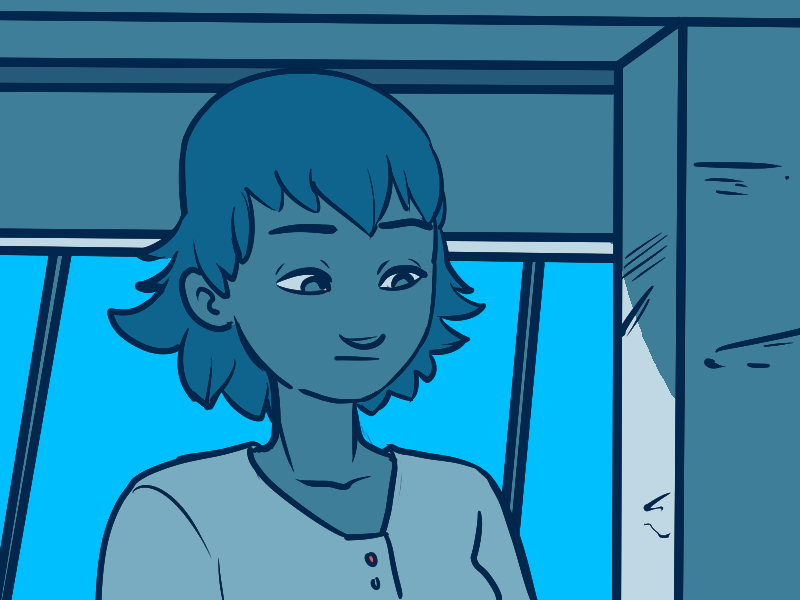 What a difference extended isolation makes.

Yeah, some of them. From her journals, Amie knows this Bina has been in the Moment for almost a year, longer than any of them other then Three herself. If Amie hadn't had anyone to talk to for almost a year, she's pretty sure she'd be babbling incoherently, but this Bina isn't doing that. She's doing the opposite.

Aside from one or two questions, she'd just let Amie talk. Let her talk for what feels like hours. Amie's throat is scratchy and her voice is a little hoarse.

Bina had suggested they take a break, do the dishes. Make some more tea. 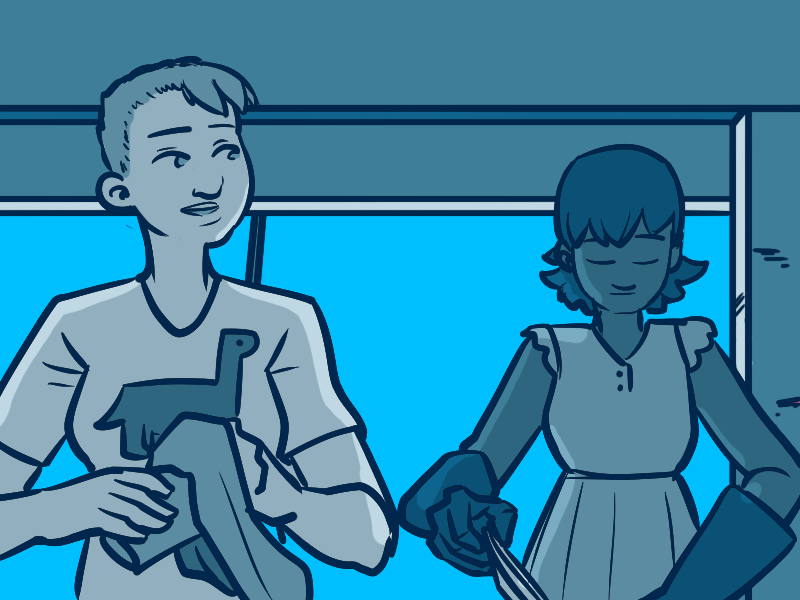 Apparently, even in the TARDIS, there's still dishes to do.

"Why not just get more dishes?" asks Amie. "From the stores. There's gotta be millions of them. You could just throw these ones out."

Dude Bro:
I just found this comic at the suggestion of a friend, And I have to say it is fantastic in it's crazy time travel headache inducing improve style.

Thanks Dude Bro! Tell your friend thanks too! Always nice to hear people doing recommendations!

Baby_blue:
Woot! Finally got up to date with this thing! Took me 1.5 work days, but totally worth it!

On an unrelated note, will there ever be merch for this comic? I wouldn't mind having a shirt with the phrase "What kind of maggot grows in the corpse of a day?" on the front.

Hi Baby_blue! Thank you very much for reading. :)

Like the others said, there is no merch right now. I am incredibly lucky that I am in a place in my life where I can spend this much time on something and not need to make money off of it.

That said, I have recently considered making some merch to sell for charity. There are a frankly astonishing number of horrible things going on in the world right now, so I've been mulling over the idea of putting some stuff together to maybe help in some small way. No promises, I've never done anything like that before, but if anyone knows people who have put together stores for things like this, if you could point them in my direction over twitter, that would be awesome.