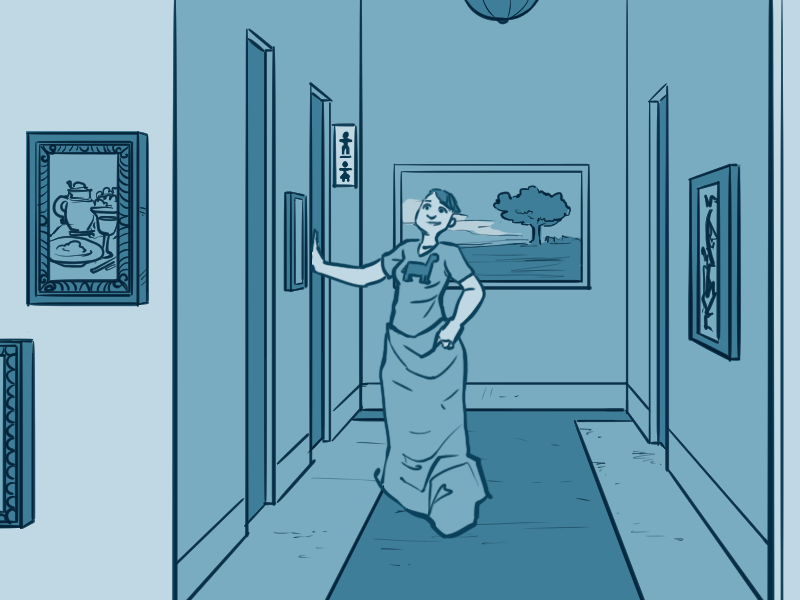 She has to say something right? It would be rude not too. 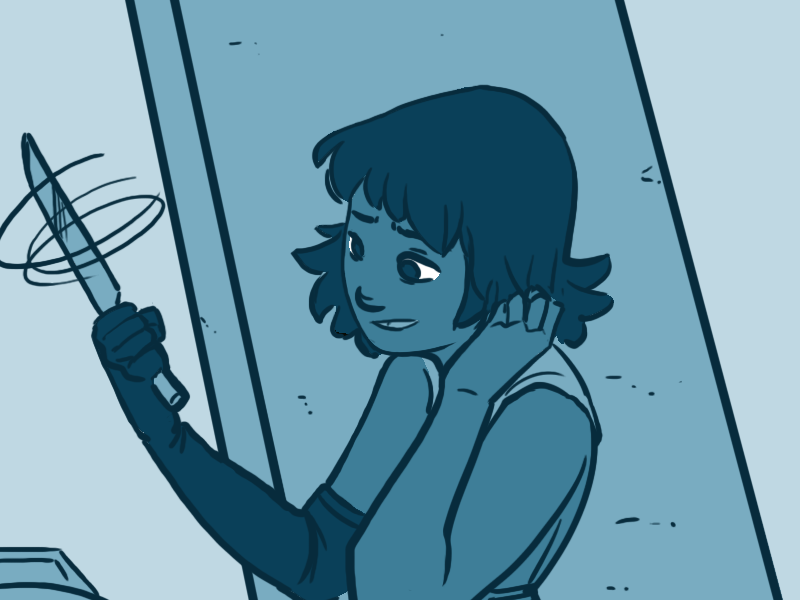 "It kept getting caught in the gas-mask."

"It's cute," says Amie. She considers leaving it at that, but she can't. The words just jump out of her mouth. "And punky."

I had to cheat to make this work. I'm not particularly happy with that, but I decided I needed a more visual way to differentiate B4 from B13, so I chose hair over something more extreme.

This wasn't the best option, as people had talked about her hair in her appearance last scene, but I decided it would be better to go back and edit those shots then do something I didn't want to do.

Editing! It can be done (sometimes, with effort).