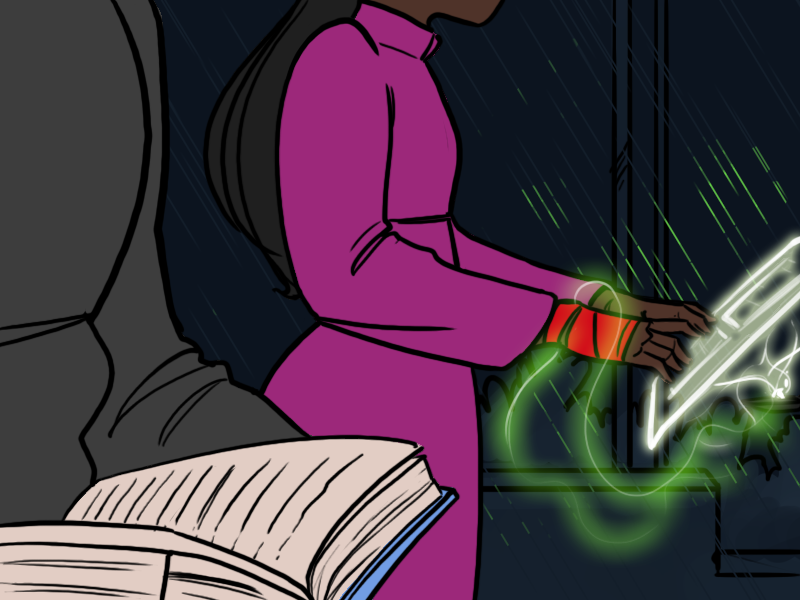 "Yeah," says Emmie. "Well I can't come up with a reason for that, aside from intentional malice."

"You're not the companion either you know," says Amie. "We're both side characters."

"If anything I'm 'The Companions Sexy Boyfriend'," says Emmie, wincing. "Which doesn't speak particularly well for the success of my personal goal of avoiding another faceful of naught intestines."

"They mostly live!" says Emmie, trying to put a positive spin on things. "Mostly. I'm holding onto that."