Primary Temporal Position: 0157
Reset Temporal Position
Dalmationer:
>He's fair game. You can talk to him without messing up time as long as he still gets killed. Maybe he can send for help? Ask the police to come around in the future??? I dunno!!!

But how would she convince him, even if she could find a way to talk to him without Mrs. Hyung seeing them?

"Hello! I'm from the future. Trust me. Could you tell the police that you're going to get killed by the big guy over in the laundromat with a shovel, in like ten hours? That would be great, because I'm ALSO in the laundromat in ten hours and he's chasing me!

Oh! And can you give me your boss's laptop password? I wanna send an e-mail."

Bina has a feeling that this probably wouldn't go over very well.

'Sun-ja' is probably Mrs. Hyungs given name. That would explain the 's' part of her username:'shyung'.

So it's unlikely to be her password, any more then 'bina' is Bina's password. Bina typically picks lines from her favourite TV shows as her passwords, because they're easy to remember.

The:
> Leave a message on her desk warning her about Gregor.

If she's going to do anything, it will probably have to be something in this room. Mrs. Hyung appears to have an aversion to normal office supplies such as pencils so… how to leave a message.

Bina quickly checks her pockets. She's pretty sure she doesn't have anything to write with but you never - 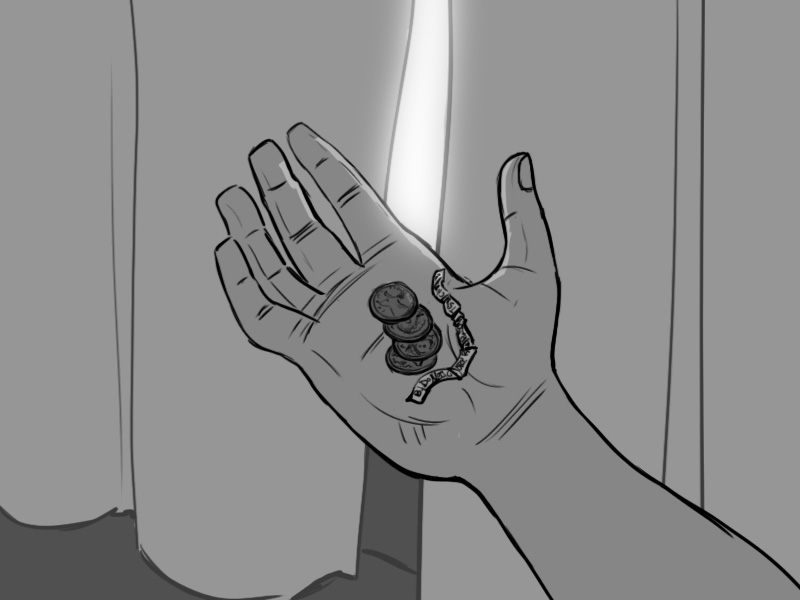 She never DID start that dryer.

And the little tiny slip of paper from the calendar. The one with the warning on it. 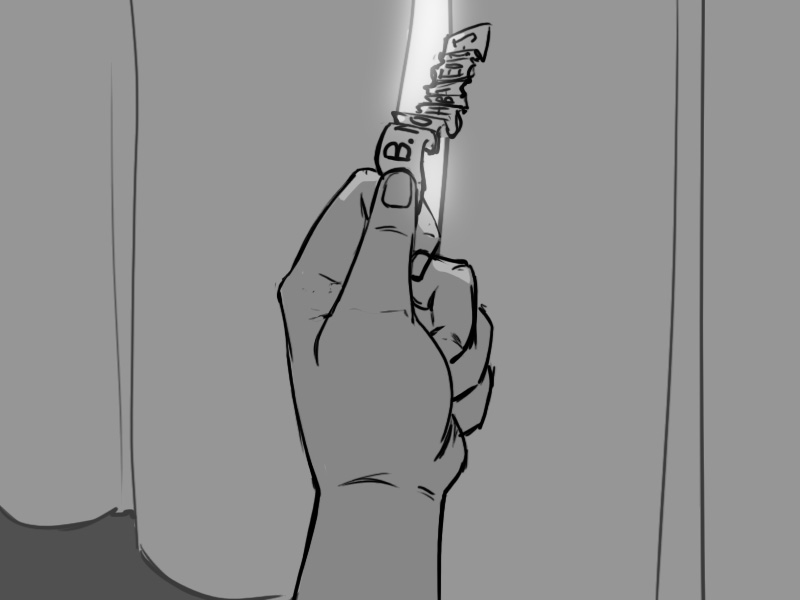 If this thing is here in her pocket, that means that all of that stuff with the sugar factory and the couch and the monster and Josephine really happened!

She thought none of that was really real! Just sort of pseudo real. Some kind of weird magical dream. But if this little piece of paper is here it was ACTUALLY real.

Where did her grandmothers scarf go? Is it still hanging in that weird black place between Now and Then?

Argh. This is probably really important but she doesn't have time to think about it now. Last time she was in one of these weird little time bubbles she got sort of squeezed or pushed out in only a few minutes.

She'll have to think about it later.

Quarters will work as something to write with. They have little nibbly edges, so she can use them to etch a message pretty quickly.

The not-dead-yet-but-going-to-be-soon guy is wearing the same clothes as he was when he was dead (will be dead?), so there's only maybe ten hours between 'now' and when he dies? Maybe less, it looks like mid afternoon out there. Mid afternoon of July 16th.

Bina, past Bina, is probably just being asked by her boss to work a second shift at the restaurant, as it doesn't look like her replacement is going to show up tonight.

A butterfly's wings in Montreal might cause storms in Australia, but it probably takes more then ten hours.

If she wants to keep Shovel A from connecting with Neck B, or deranged Russian C from kidnapping Condo Builder D, she can't trust to something really subtle. The ripples of her action won't have enough time to spread very far. She'll have to make a splash, not a dribble.

So what should she write? 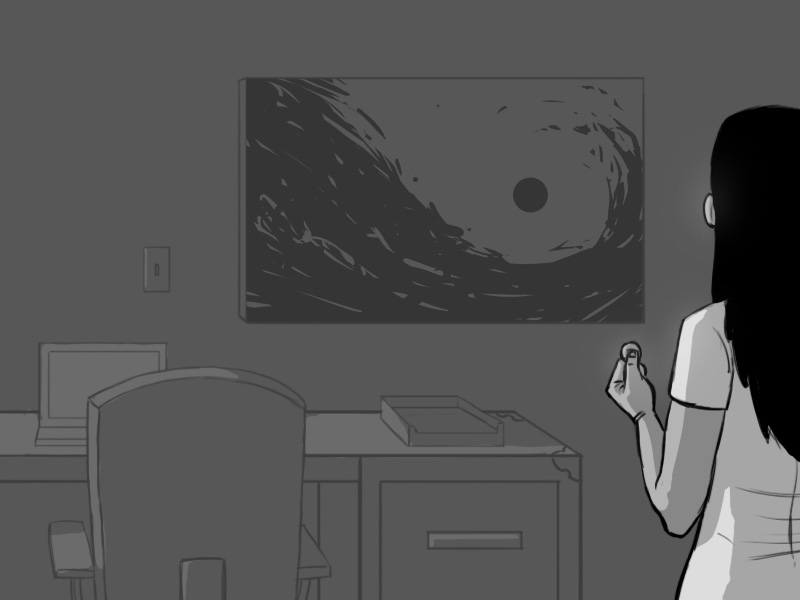 And just as important, where should she write it?