Primary Temporal Position: 1552
Reset Temporal Position
DCHorror:
No, we all shouldn't have gone back with her. Gregor was likely only willing to talk with her because he had the advantage, and if everyone had gone, it could have easily been another naught attack instead.

"If you'd come with me," says Kendra. "He'd have just come at us. He only talked to me because he thought he could smoke Bina out." 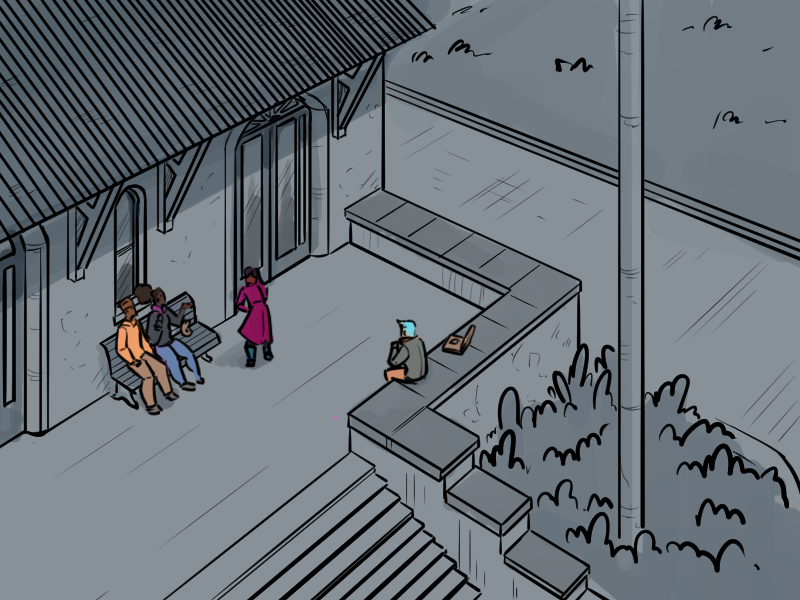 "Eeh, not great. He wasn't in danger of tipping over or anything but I think he was maybe a few hours after we saw him last temporally speaking? He was definitely on a jump, and he had his arm in a sling."

"Where did he get another gun?" asks Emmie. "I thought the cops confiscated both of the ones he had."

"Yeah, then they fed a SWAT team to all his little friends," says Bina. "He'll have a rifle next time."

"He wouldn't be able to fire a rifle," says Emmie, with some authority. "Not with how badly hurt he was. The fall from the hospital room, and then the chase right after? He's still dangerous, yeah, but with the amount of blood he must have lost - I'm amazed he was still standing."

"Do you wanna bet your life on that?" asks Bina. "Considering his thing is like making zombies."