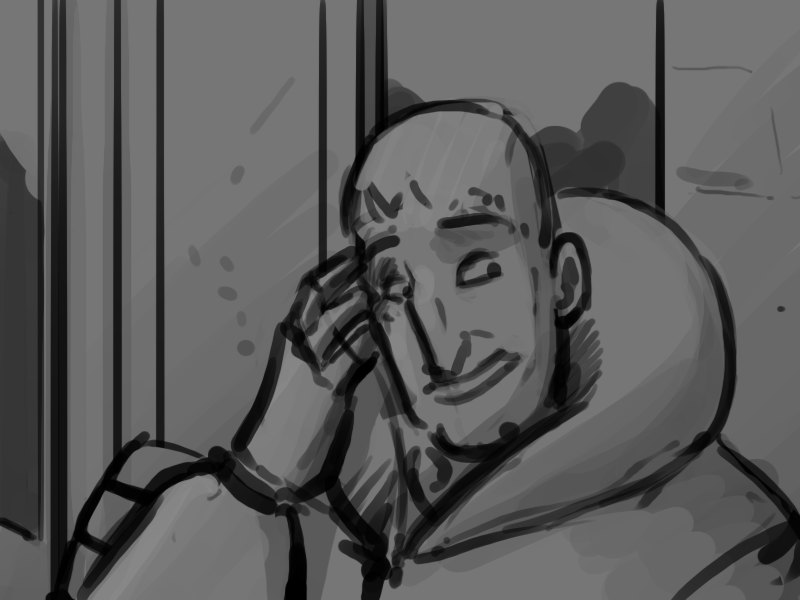 "Was not expecting you to be so quick. That whole situation…"

He makes a motion with his fingers like a bird flying away and a short chirruping whistle. "Like that. Got away."

Oh shit, should she apologize? Is he going to shoot her because she kicked him in the face?

But he doesn't, instead he rubs at his face again and looks thoughtful.

"This one I deserve, I am thinking," he says, musing. "For earlier. First time we met. That was not… that was not good. It is just - you were not supposed to be there and then I thought you were police and I was scared and…"

He trails off and rubs his face again. "Aahhh… it is no excuse. I should not have hit you."

Aaand now he's apologizing for beating her up.

"Taken you to the Lady? Yes. This I should have done, but hit you like I did? No. For this, I am sorry."

Kendra has no idea how to respond to that.