"Everyone's all gone home dear," says the voice from the giftshop. It sounds older, female. "We're just closing up, then we're going home too."

DCHorror:
"The storm kind of has me on edge. Um…is there a phone I can use? Mine just died and I need to get in touch with my friends."

"I have to stay," says Kendra, looking down at the slip of cardboard. It must have come off the lid of a pizza box, it still has the scars from the staple. "Meeting my friends."

That's a perfectly reasonable question, so Kendra decides to ignore it. 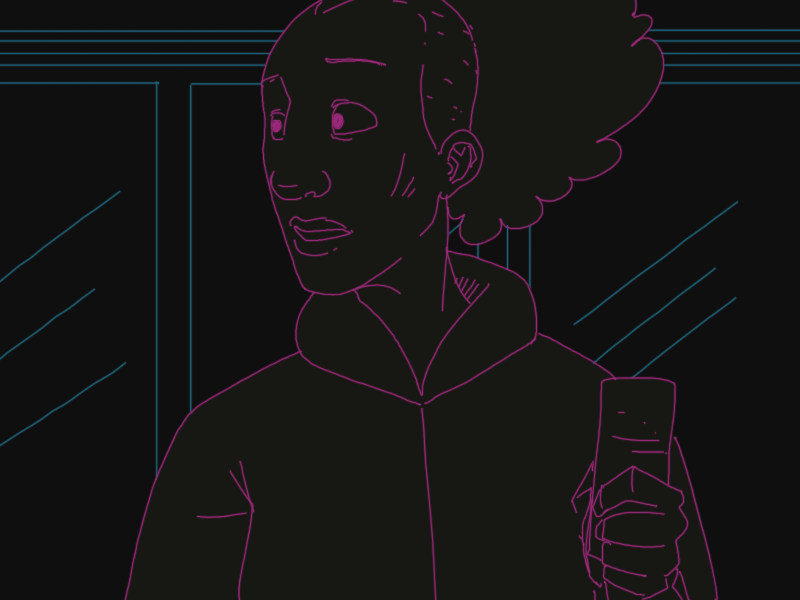 "Hey, I don't suppose you could let me use your phone? Mine isn't working right now."

"Oh, of course, no trouble - if it's working. You really should call your friends to meet somewhere else. There's trees down all over the path."

Dizbain:
This has been a wonderful way to spend evenings over the last week and a half. Honestly I didn't anticipate things not being in endgame by the time I caught up, much less feeling a compelling urge to contribute suggestions. To do my duty as a new reader, I believe I saw an add for this comic while reading "Gunnerkrigg Court", though I don't remember what add service was featuring it.
One thing that I have been wondering while reading is how early you got a feeling for Bina and Kendra's characters? After I work with a character long enough, I find myself knowing when a situation would go differently because it's just not something that character would do. I imagine that kind of feel for things was made more difficult with interactivity, or did some general pattern kind of materialize over time?

Hi Dizbain! Welcome to the PTP.

Getting an accurate 'model' for the characters happened relatively quickly, but I play roleplaying games so that's sort of like endurance training for character construction.

That being said, a lot of that sense of character developed in sympatico with all of you. I've mentioned it before, but you don't tend to give Kendra 'Bina suggestions'. My sense of character feeds into your sense of character, and we construct them in tandem. In an interactive story like this, it's sort of like being part of the fanfic community while still writing the source material.

I think it helped at first that I stuck with Bina and only Bina's perspective for a long time. I was originally going to have it be Bina's perspective only for the whole story, but there were too many things I wanted to do with Kendra… and of course the story ended up being considerably longer then anticipated.

Thanks for your question! Also Gunnerkrigg Court is awesome and everyone should read it.