Primary Temporal Position: 1507
Reset Temporal Position
"Hey," says Emmie. "I'm not sure I'm totally following what you two are up too, but this does not mean Agent Miller is going to die. The people working on her know what they're doing, and we got to her fast. Like - two minutes fast. She had the good sense to get shot inside a hospital."

"Being shot is bad, but people survive it every day."

"You know," says Emmie. "I heard somewhere that worrying about something that you have no control over seldom helps." 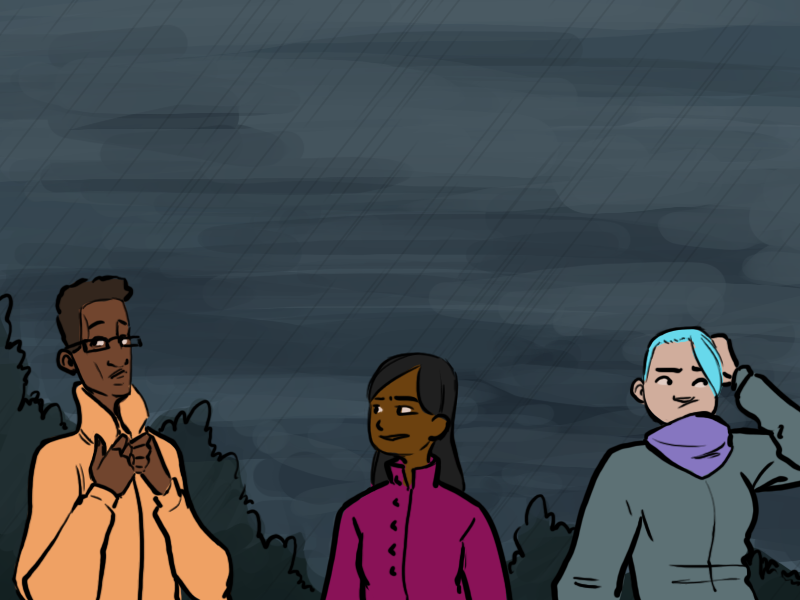 "Well tell that to my anxiety disorder."

"Wasn't there a logo on the box?" asked Bina.

"I don't think so. How is she supposed to send the right pizza if she doesn't know where to get it from?"

"She'll figure it out," says Bina. "Probably best she doesn't know. The less predestination she's working off, the less paradox this little time machine will have to tank."

Over at the railing, Kendra finishes her phonecall and hangs up.