"So does it like… compress time? Or like - oh! Does it make like a slow time field and then everything inside it moves faster so Kendra can read the whole book in five minutes?" 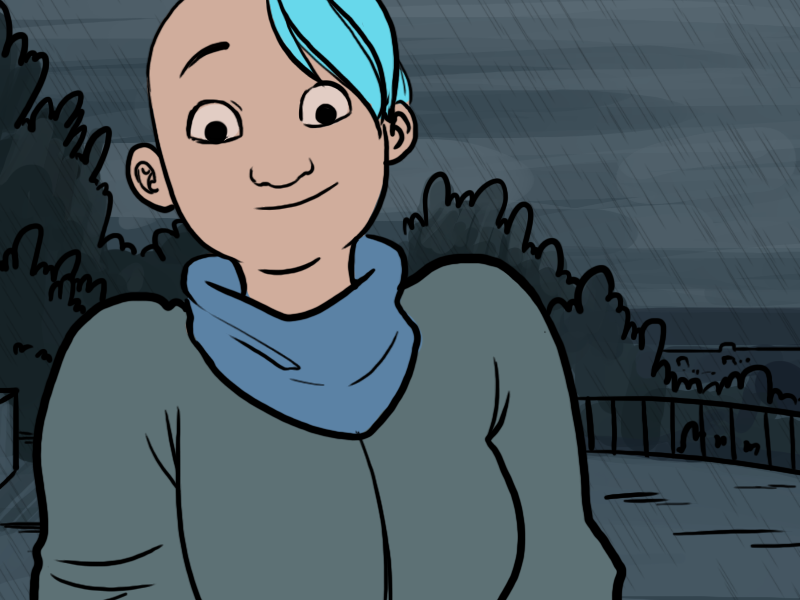 "Look, can we just talk about this for a second?" asks Emmie. "We're clearly doing damage every time we use time travel, right? The noise? All the tearing?"

"Tearing?" asks Kendra, looking up surprised. "You see it as tears?"

"I see splintered wood," says Kendra. "Bina sees, like, smashed glass. Amie - I don't know what Amie sees. What do you see Amie?"

"What do you see when you look at one of the portals?"

"Oh!" says Amie. "You mean the time vortex? Like, blue clouds all swirling around. You don't see that?"

"Everyone sees it different," says Bina, twisting knobs on the flywheel box attached to her wand. "You can even change what you see if you think about it hard enough. We did that earlier when Piotyr followed us into a jump. Pretty handy, it let us pick an exit."

"That… has to be significant," says Emmie. "Right?"

"Probably," says Bina, "Three, that is my Three, said that the experiences we have between times are a kind of hallucination. An attempt by our brains to retroactively make sense of an experience it's not designed to handle. I'm not sure that's actually what's going on though. Three was really invested in the idea that all of this had a scientific rationale."

"That's kind of understandable," says Kendra. "It did let her, you know, build working time machines."

"Yeah, that is a a pretty convincing argument," says Bina. "Doesn't mean it's correct." She stops fiddling with the nobs on the flywheel. "OK, I'm done here. Emmie, step back a bit unless you want to go with her."

TimeDragon:
Also just joined cause I am in Daniel's shoes… just caught up :-)

P.S. Also could be a scanner to find the Botfly's moment?

Hi TimeDragon (or should I say, Akatosh?),

Glad you made it! Welcome to the PTP! Hope you stick with us!