"I wasn't swanning about. I don't even know how to swan! Besides - I thought you said you read fast!"

"I do," says Kendra. "Look, just drop me in the Moment for a few hours like we planned - I can get up to speed and then -"

"I did say I was fast. Look, I know we were hoping we wouldn't have to use the Moment but -"

"No need!" says Bina, in the tone of voice that Kendra is beginning to dread. 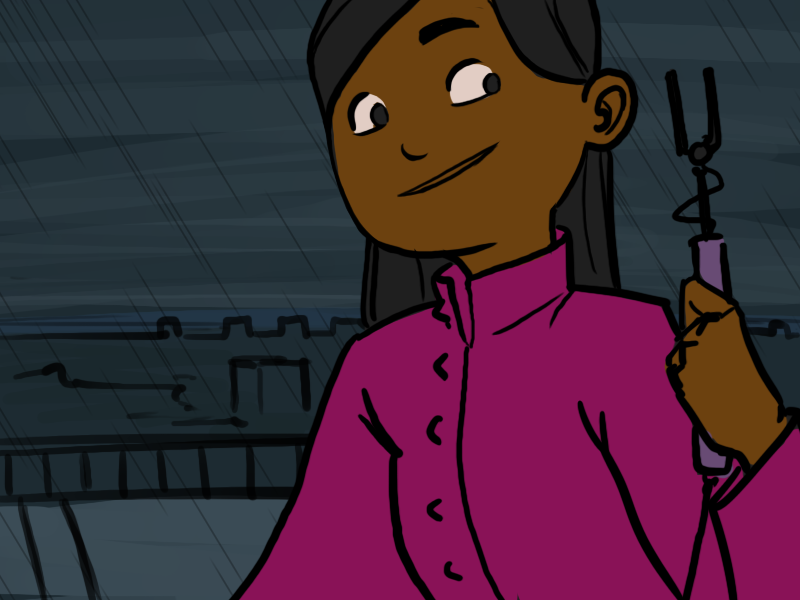 Thank you for all your nice messages everyone! Did not think I would get anywhere near here when I started this project. Thank you all for taking this weird little journey with me.

GarryAlways:
OMJEGUS! I finally got here! Getting caught up took like, a week and a half. Laughed, cried, almost quit when Bina died… What a journey! I've been binging on alot of long-running web comics lately and had been drawing a comparison in my mind ot some kind of time dilation. For readers who started at the beginning, the journey has taken 4 years. For alot of us new readers its been only days or weeks. Time stuff amirite?

So i may have missed it but has no one suggested that maybe the Botfly and Bina are drawing power from the Green sun?

Thank you for reading! I'm really glad you didn't quit when Bina died. That would have been… kind of too bad.

Please stick around and make suggestions!

I think you are the first person to mention the visual similarities between the Botfly and the Green Sun.

Weirdly, the Botfly's visual motifs were taken from something in a much older unfinished story of mine called 'Spooky' where a bunch of highschool kids discover a sort of John Carter style method of projecting themselves into another world.

In the other world, rather than the sun, there was this glowing green disc in the sky called the 'Wych' (pronounced why-tch) and it moved in a spiral pattern: in towards the center of the sky, and then back out again toward the edges of the world.

I can't remember much about the mechanics of how it worked, but I remember that it never really set, just dropped partially behind the horizon, creating a sort of half-twilight called 'the gloaming'.

The gloaming of the wych. I may still do something with that…