"Yeah, that coulda gone real bad," says Bina. "Though Man and Dog not showing themselves does make me a little nervous."

"They were probably there, watching."

"You think Gregor was hiding? He doesn't hit me as a hiding kinda guy."

"Yeah, well, he's been shot a bunch, I doubt he wants to go three rounds with us again."

"Whatever, probably doesn't mean anything when it comes to time travel. We needed direct sensory contact."

"We got two outta three things we wanted. I call that a win," says Kendra. "You did get the damned life raft, right?"

"What in the heck are you two talking about!?" yells Amie. "You planned that!? With the naughts? How!?"

"Not planned exactly," says Bina. "More… what do we call this?" 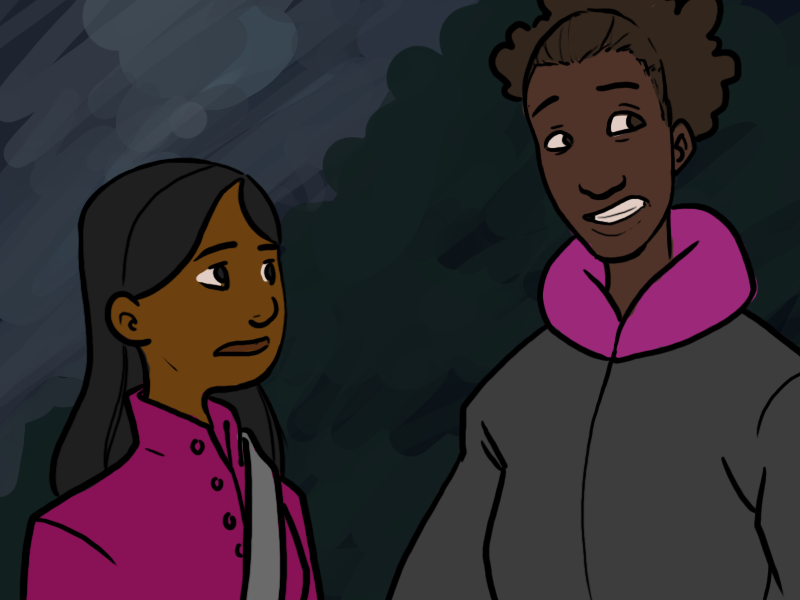 "With time travel?" croaks Emmie, then spits. "I thought -"

"Nope!" says Bina. "Look, don't worry about it too much. Like Kendra said, we're here, we have the life-raft, and we have no hangers-on this time, undead or otherwise. Gregor's naught army's PTP is down at the dig site and we're somewhere with no sewers. So, over all, I'm going to give that little excursion a solid B+. It went pretty well!"

"Sure," says Emmie, spitting again. "Lets go with that."

Yep! You're caught up! Welcome to the PTP and thank you for reading!