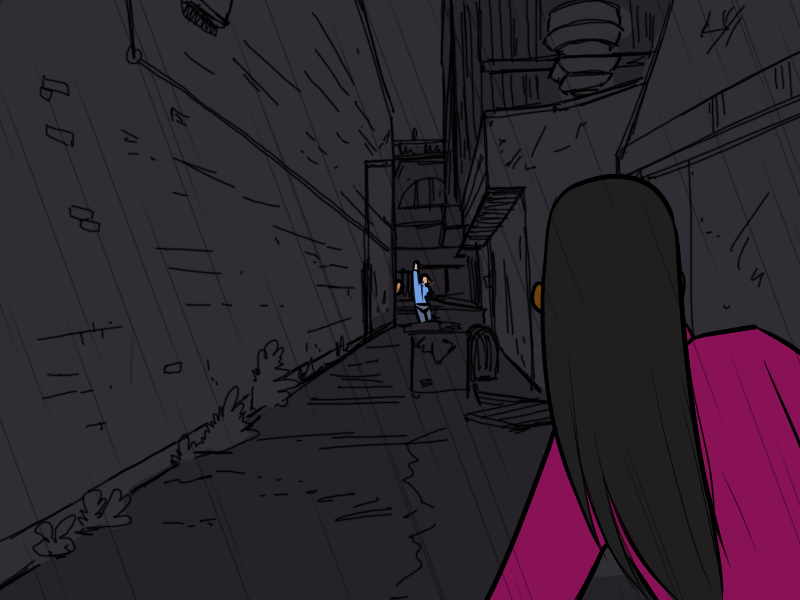 "Uh… later," says Bina picking up the duffel bag and watching the two young people run off down the alley.

"I hope you win!" yells Lia, as Wong hauls her around the corner and away. "However that works!"

"Is nobody worried that Horatio is just coming back!?" yells Amie, who is having a trying morning all things considered.