"It's a life raft," says Bina. "Hopefully. Assuming I'm not wildly off base and about to get everyone killed."

"You know, now you're just being a dick," says Lia. 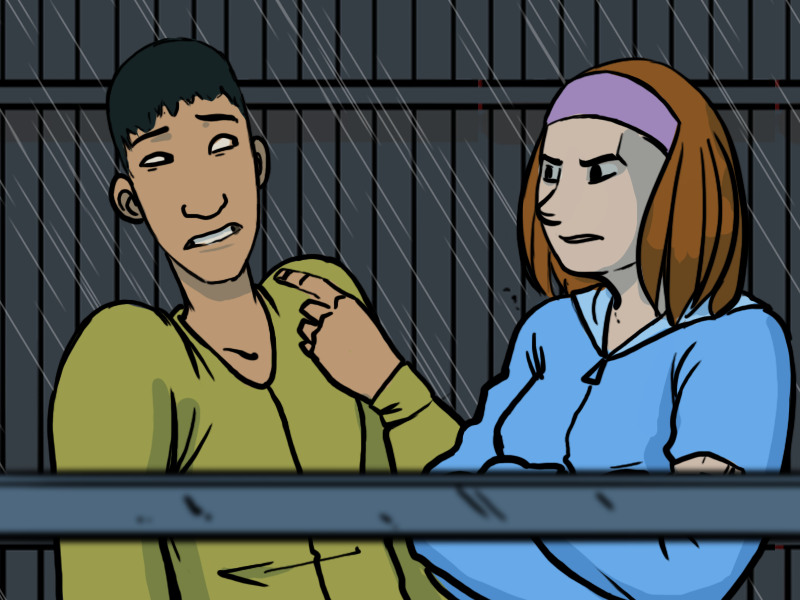 "I just want to make it clear. Me? Not involved. You can do your own thing."

auroblidook:
Time to tell somebody about it.

"All right everyone!" yells Emmie, breaking the strange spell with Bina and the wall and the axe. "Too much ominous bullshit! Time to pack it in! We're going!"

Ben G:
+1 Reader, Actually caught up last week but seems commenting doesn't show up while I'm at work so only now that I'm reading from home do I see the comment box.

It's been fun watching this go from a "short" story to a 4+ year adventure.

Anyways for my suggestion I would suggest placing the lego onto the Moment watch, because they are supposed to connect to things ya know'

Hi Ben! Yeah, I never considered how reading all my notes about 'I'm sure we're almost done' would sound to someone who came in knowing the danged thing has lasted over four years already.