Primary Temporal Position: 1461
Reset Temporal Position
Stupid glasses! Again! The cold and the rain are making them fog up on him every few seconds. He really should have grabbed an umbrella. 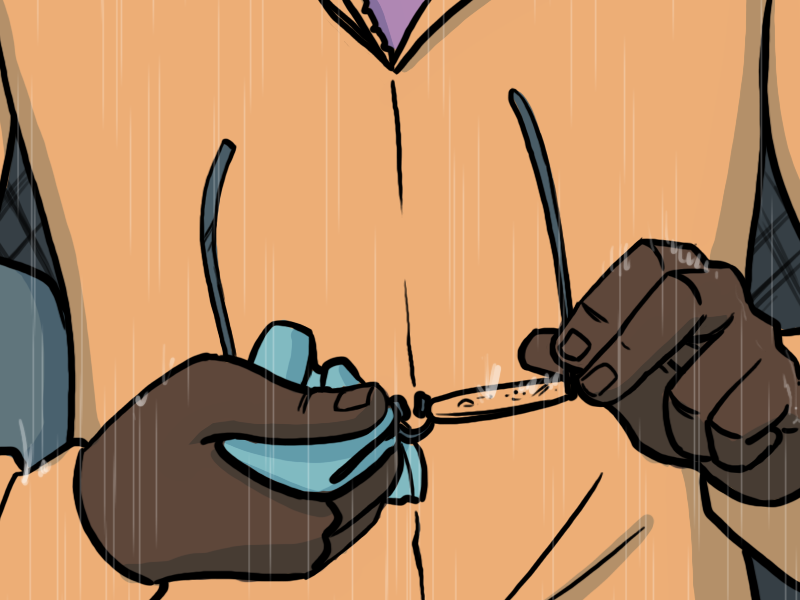 Not for the first time, Emmie finds himself wishing he'd opted for contacts the last time he went to the optometrist.

OK, I am going to address this because I know at this point at least some of you are getting annoyed.

I am not dragging this out entirely for my own personal amusement. There's an element of that, yes, but another rather large factor is that I'm in crunch time at work and I just haven't had time to complete some of the narrative beats properly in one go.

Today's update and what is probably going to end up being Sunday's update were originally supposed to be posted together, but there's just too much drawing for me to get through tonight so… it looks like I'm dragging things out even more.

It might surprise you to realize just how much of this story has been dictated by simple calculations such as 'OK, so I need to go to sleep in an hour, so how much can I reasonably get done in that amount of time?'