"I really do have to read this." 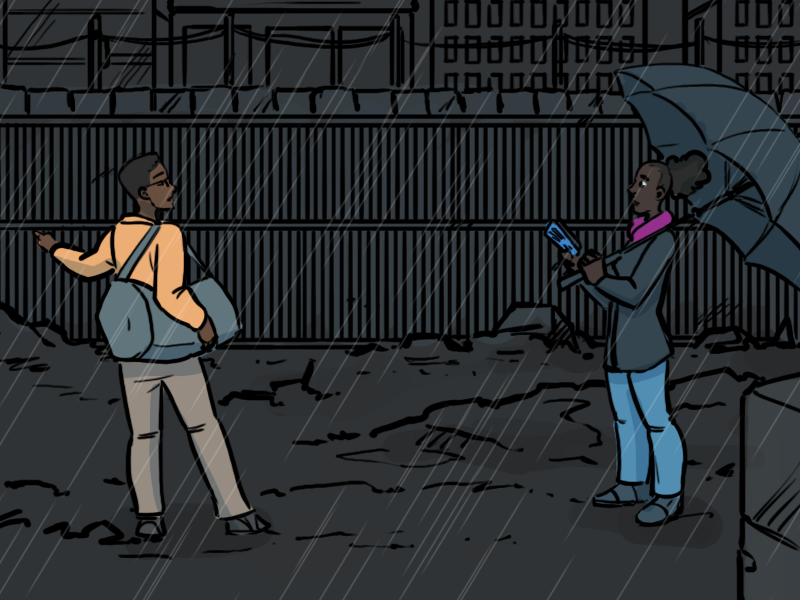 "I don't want to leave you alone."

"I'll be fine," says Kendra. "I'm three for three in getting away from naughts. Besides, if you're just heading to the gate, you'll be able to see me the whole time."

Misspel:
+1 Reader.
It has been a long two days for all the characters and me.

Yikes! Two days! That's pretty quick. Last I counted, this was at about 300 000 words, so that's a twelve hundred novel pages in two days? As a hardcore reader my hat is off to you.

A Stupid:
+1 reader! I wanted to wait till I caught up to tell you, even though it took almost a week of on and off reading

Hi A Stupid! Welcome to the PTA. I always love hearing from people who catch up. :)

BerserkerJames:
I had a thought this morning and I thought I ought to share it with everyone–I hope it's as good as I thought it was when I came up with it.

Hello, Amie my old friend
I've come to talk with you again
Because a vision softly creeping
Left its maggots while I was sleeping
And the not-dog that chased me to my dreams
Really seems
To heed the call of space bugs

And when the light was gone I saw
My arm was bloodied, pierced and raw
But then I saw the past and met Jos'phine
And when I healed, every wound was green
And that green has the power to shatter time and space
I've seen your face
And I'll fight the call of space bugs

Fool, said I, how could I know
Space bugs like a cancer grow
Every time machine I try to build
Just feeds this Botfly until it is filled
Yet time travel still remains my only choice
For facing the voice of space bugs

Liam White:
I stopped reading this comment for a few days, gathering up a backlog so that I wasn't hit by cliffhanger after cliffhanger. When I come back, not only is the cliffhanger just before the reveal, but there's a cut-away.