"Three?" asks Amie. "That seems like a lot of crimes." 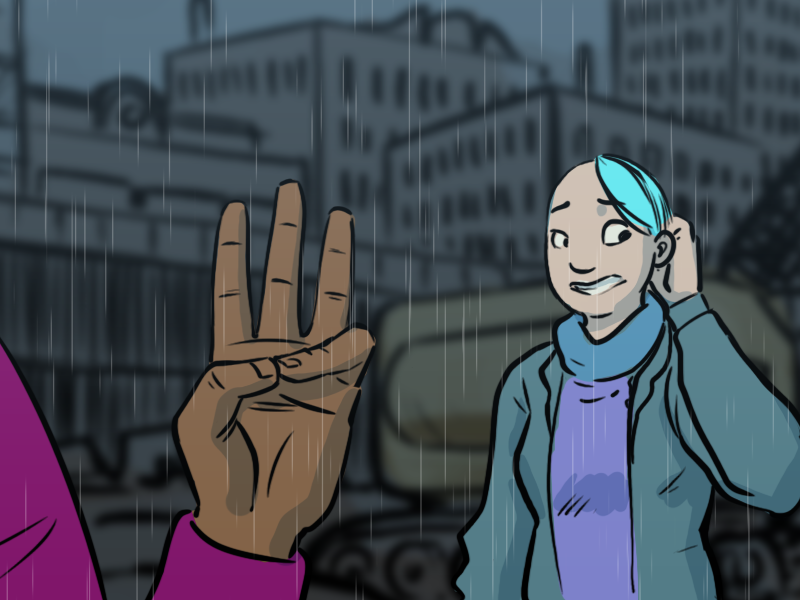 "That's… not how it works," says Emmie. "That's not how anything works!"

"One what?" asks Amie, having a little trouble following this conversation.

xooxu:
Wong: They're doing crimes. The one guy is holding a suspiciously large duffle bag. Assume the worst.

"You don't need to do that," says Bina. "I have just two teeny tiny super quick questions for you, then we'll be out of your hair!"

She grabs them both by the shoulders.

"First do either of you have an easily exploitable need or desire that defines your life in such a way that it could be turned to evil purposes by, for example, a large extra-dimensional insect attempting to escape it's unholy slumber and/or imprisonment through the use of involuntary monkey's-paw style wish fulfillment?"

"What?" asks Wong, not unreasonably.

"I don't think those count!" says Bina. "OK, second question, and dig deep here people because this is the important one -" 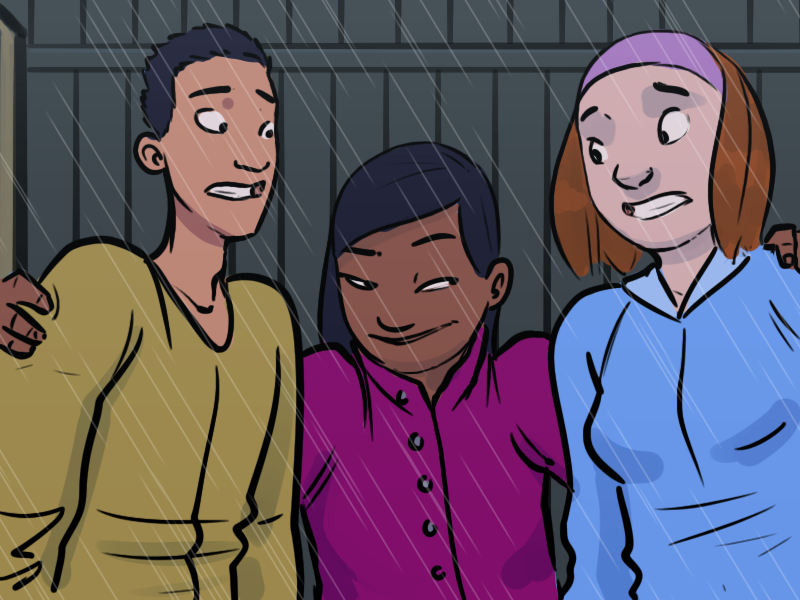 "- do either of you know where I can find a fire axe?"

MidnightDStroyer:
Wha-What?
I'm all caught up?
Damn, I thought I still had another three days or so to go. Granted, it's been a long time since I actually looked at how far I was along on list in the Archives, but damn.
Um. Ok. So. Heh! Now what?

Hi MidnightDStroyer! Glad you caught up, and I've enjoyed watching you read through the archive leaving comments. :)

Don't stress about coming up with anything clever, just suggest stuff when you have an idea.

Hi danny! Glad you caught up as well. Thank you for all your spelling corrections as well!


In other news, Night in the Woods is very good.