"Did you get the coordinates right?" asks Kendra. "'Cause it would be really funny if all our brains explode right now because you sent us back to last -"

"I got the coordinates right!" says Bina. "We're not even jumping through time this time - gah!" She throws her hands up in the air and turns to the two people near the tent. "What the heck are you two doing here!?"

Liam White:
Team Bina: Notice the camera is on you and show off your new duds. 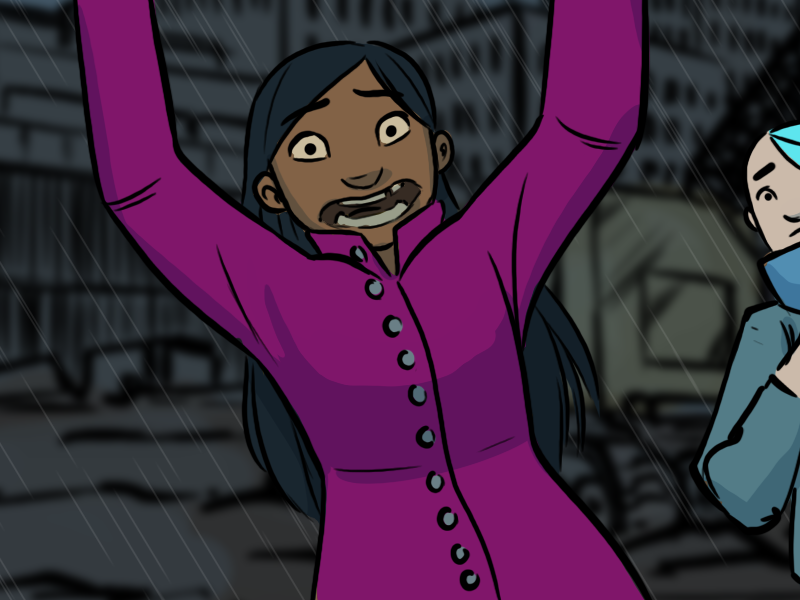 "Shouldn't we be the ones asking that?" says Wong. "I mean - you're the ones tresspassing."

"I warned the Director to get everyone back at least 100 meters!"

"We're students," says Lia, as though this was an explanation.

"And?" asks Bina, not lowering her arms. "What does that have to do with anything!?"

"We mostly work for Liz."

"Agent Miller," corrects Lia right back. "Anyway - we don't really know much about the people she works for, but we're getting lab hours for this and time and a half so…"