Primary Temporal Position: 0144
Reset Temporal Position
Dalmationer:
>Sw0rdfish.
The:
> Enter in "Swordfish"
tegerioreo:
Yes, let's leave our own fingerprints everywhere around this murder scene. Be sure to touch ALL the keys while trying to guess the password.
NOT

Password is probably on a note card in the top drawer of the desk, but that's in the blood zone and would require not only dealing with ickiness but also leaving more evidence that you were here. Forget this mess; dude was probably playing Minecraft before he died. If the password is not "shyung" or "gnuyhs" or "Password" then just get out. 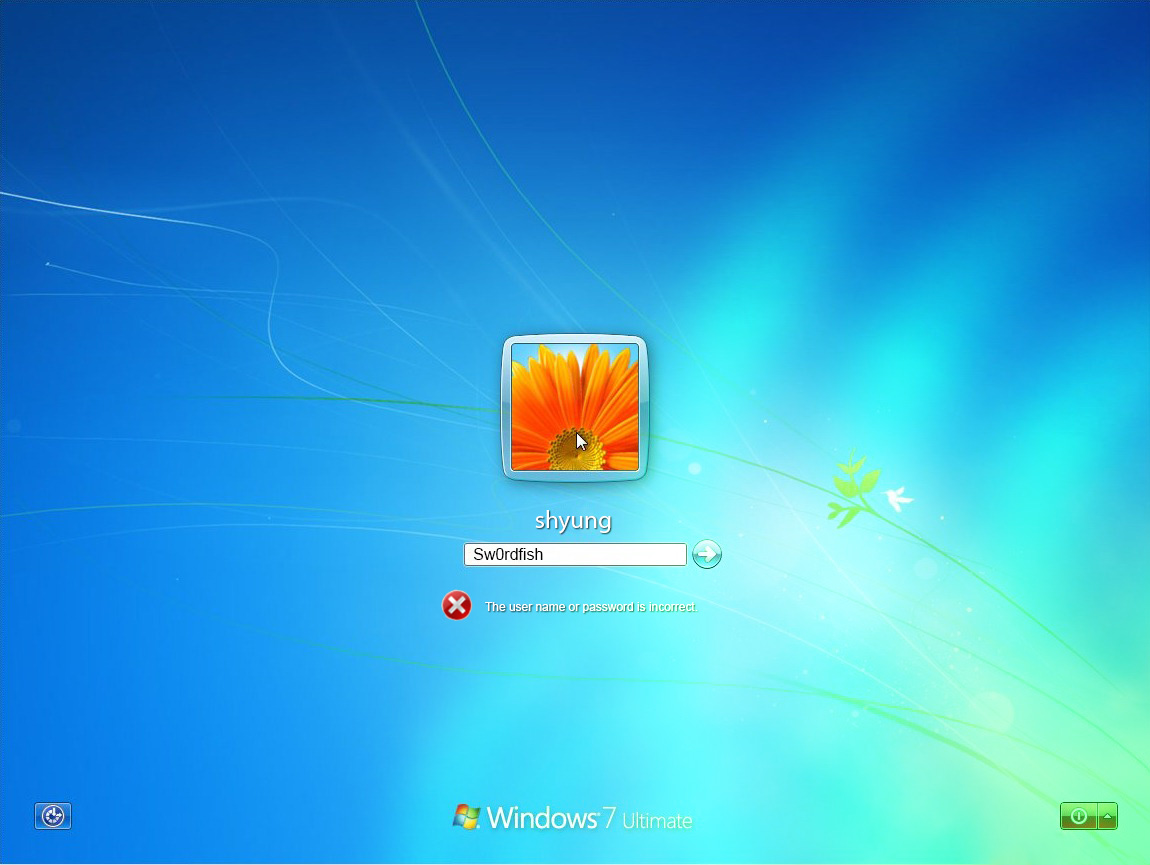 Curse you shyung for your basic sense of network security!

Chizita:
Uh, do we know if this guy is at all a relative of Ms. Hyung? Did she mention anything that might be useful? After all, she IS in charge of a construction project.

Bina steps away from the computer momentarily and looks down a the dead man. 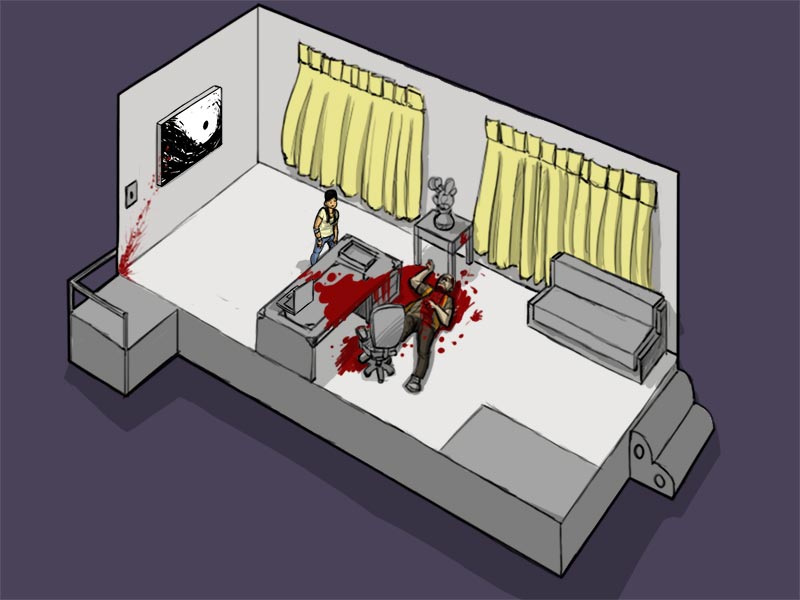 He looks like a white guy, not Korean. He's wearing dusty work boots, a reflective vest, and a dirty shirt, all of which clash with the décor of the office.

If she had to guess, this office is probably Mrs. Hyung's, and not that of the body on the ground. It looks far more like an architect or CEO's office then something you'd find on a construction site.

That would make this computer Mrs. Hyung's computer. Which would explain the lack of a desk phone. Mrs. Hyung hit Bina as the kind of person who lives out of her cellphone.

None of this figuring goes any way to explain what this guy was doing here at 3:00 in the morning.

She feels an itching feeling creeping up her back. This is taking too long!

She heads back to the computer to try some random passwords, just in case. What ELSE is she supposed to do?

Argh. Should she jus -

Ooohkay. That. That is strange.

phantasmalDexterity:
I went back to the first page to check something and noticed how much your art style changed over these five months. It improved a lot, which is awesome, since it was quite nice to begin with. Well done.

Thanks phantasmalDexterity! As The One Guy says, I did used to put time limits on my drawings. I do think that I have improved over the last three months as well as just straight up spending more time on things.

[quote=ICan'tGiveCredit;7369811][spoiler]Okay, I'm going to go ahead and ask the fatal question,

Jack-fractal, would you consider doing commissions? And if so, would they only be for this adventure or just in general (as in, in this art style)?

Uh. Yes? I'm not entirely sure what you mean. Do people do commissions only of their own adventure?

Yes! I have done commissions in the past and would be ok with doing some again.

As a side note. I am visiting with relatives this weekend so updates are going to be short.