Primary Temporal Position: 1432
Reset Temporal Position
"I don't think she can turn it off," says Bina. "I mean, unless she is so far ahead of us that we are really really screwed beyond all belief."

"That could easily be the case."

"I'm choosing to believe otherwise!" says Bina. "There have been more than a few points where my time nonsense has been working directly against her design and she hasn't shut that stuff down."

"So you're on board with the time travel thing being your 'wish' now?"

"I guess," says Bina, "It makes sense, except that I've never in my life wanted anything like this."

Bina has no response to that. Of course she has. Everyone has.

"Maybe it's still more useful to keep you around, even given the setbacks." 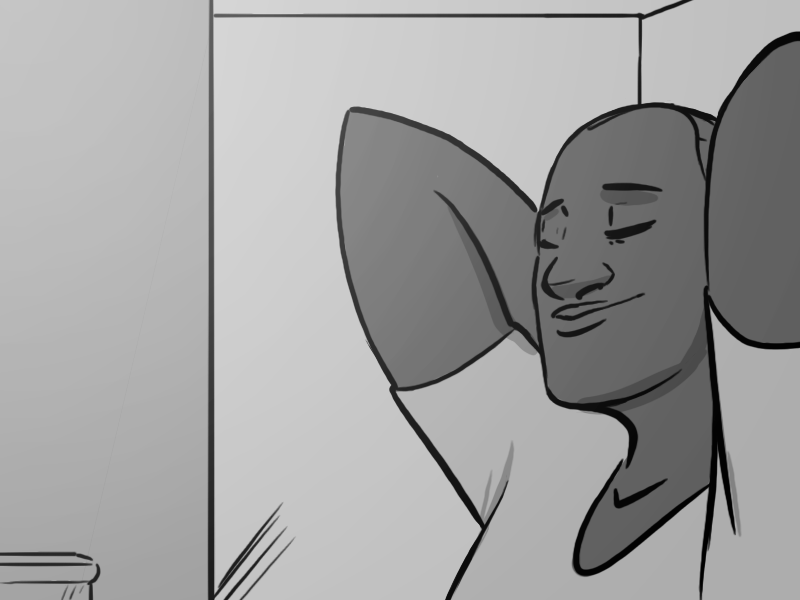 "I don't think she's a mastermind though," says Bina, meaning the Botfly. "When I talked to her she seemed… sort of vague. Annoyed, but like you are at a mosquito buzzing in your ear while you're half awake."

"She's getting a lot done for someone who is still in dreamland."

"Yeah, well remember, in this analogy we're a mosquito. It's pretty easy to fuck up a mosquito."

"So I guess the question is, can you lean on this? The Doctor thing?"

"I think I'm going to have too, at least a little."

"'Cause I really wasn't kidding about us being out of time here!"

Ayla:
Yay! I designed an outfit for Amie, I hope it fits what she would actually wear! 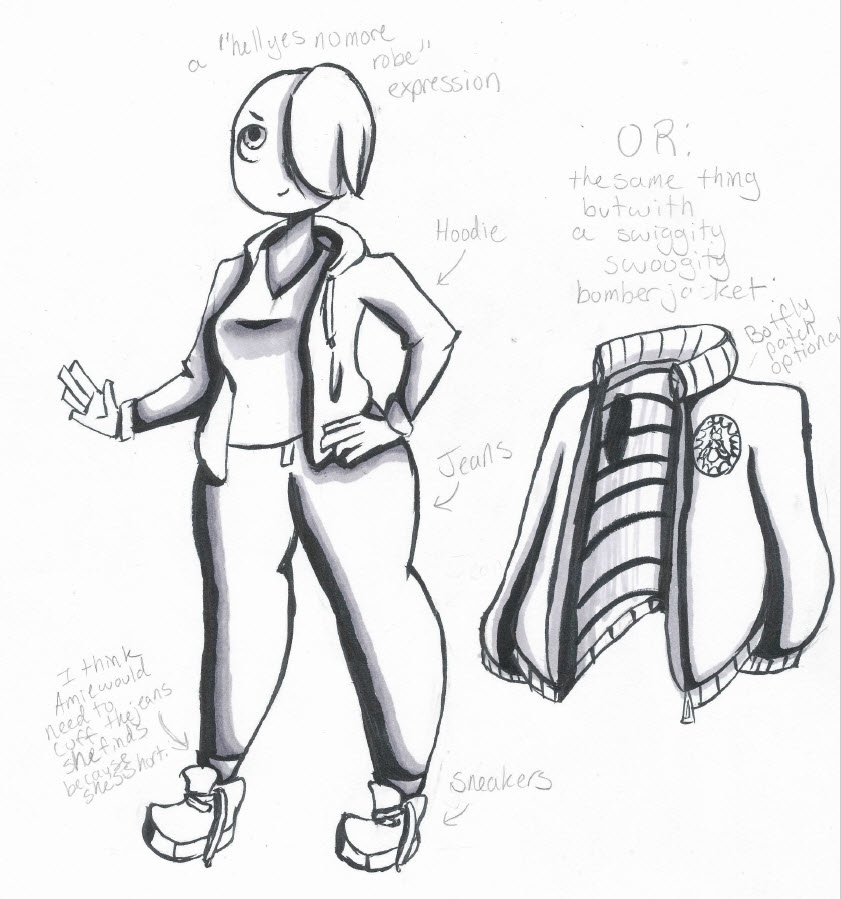 This is so great! I love this. :) The bomber jacket in particular is a cool idea.

xooxu:
Oh hey I was able to mostly get two suggestions for Amie out today.

I like the idea of there only being dudes clothes or clothes too big for her in the nice house, but her rolling with it. 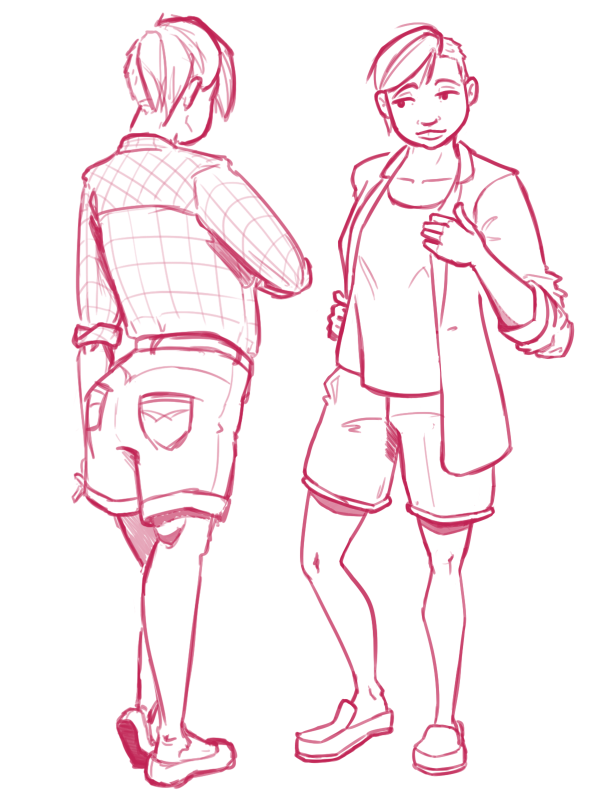 So, yeah, board shorts and blazers and flannel, I guess?

Also, hey! I want to give you props for art improvement! Even only looking at the fanart you've done for this comic over the last few years you have improved a lot.

Well done you dedicated person you. :) Do you have a site where you post stuff? I found a 'xooxu' on DeviantArt but they (you?) hadn't posted since 2015.