PanzerKommander:
Bina: THIS. IS. NOT. A. TV SHOW! People are dead! Those five cops are dead, that contractor in the office was dead but I nearly died to keep him safe! Kendra has died! I'VE DIED AT LEAST TWICE! Those people at the factory are dead AND erased from time! An entire industry is gone from Canada! I am not the Doctor! You are not a Companion! This is real and if we mess up the whole damn universe will pay the price! The moment is getting smaller by the second, there will be no B14! It's now or never!

auronblidook:
THIS IS NOT DOCTOR WHO!

'Schazer':
Bina stare blankly for a moment, before: "oh my fucking god-"

Flyboy747:
Bina: Go off on Amie about how this isn't a TV show, lives are at risk.

Bina stares blankly for a second and then says, "Amie! THIS IS NOT A TV SHOW! People, like, actual for-real people, are dying! Often horribly, sometimes several times! We have to take this seriously!"

PanzerKommander:
Amie: Run off to your room and plan your next move… you know what to do.

"Amie? Where are you going?" asks Bina.

"Away! You obviously don't need my input." 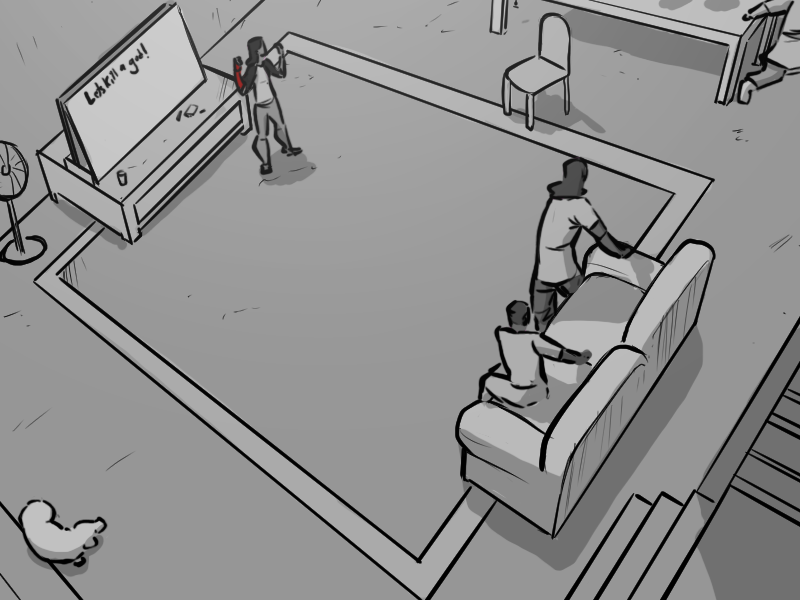 "Well…" says Kendra, to the sound of the back door opening and then slamming a moment later. "That could have gone better!"