Primary Temporal Position: 1409
Reset Temporal Position
Unclever Title:
>Amie: Point out that the Botfly doesn't seem to understand death. It created the Naughts, maybe it thought that was a satisfactory job at resurrection?

"But maybe - I dunno, maybe it doesn't know what it's doing? Like - it made the naughts, it could think - like - that's what life looks like. They're moving around, they have… limbs. It gave them more limbs."

"That's not really a mark in it's favour," says Emmie, who is very attached to the current arrangement of his limbs.

"It's a big alien bug!" says Amie. "It doesn't necessarily know what people are supposed to look like!" 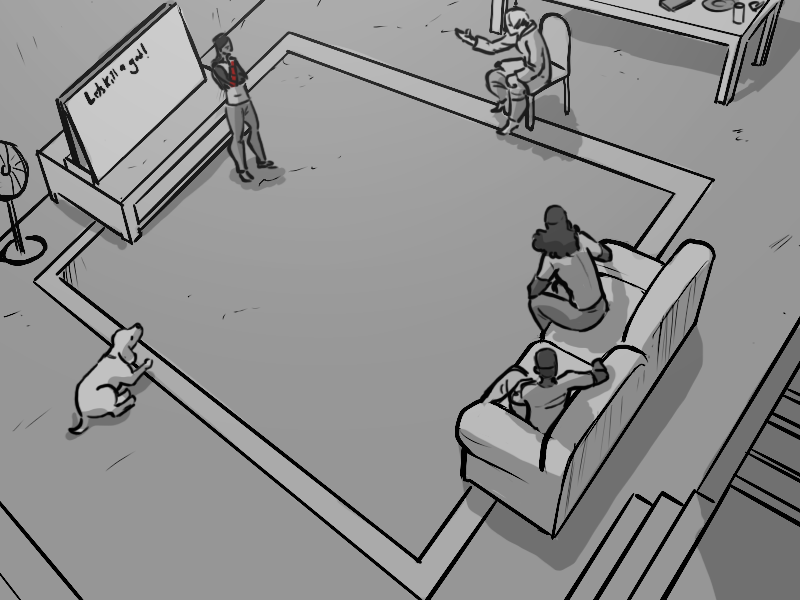 "Iiii… don't care," says Bina. She thinks about it for a few seconds and then says again, "Nnnnope, don't care. Sorry."