"You have a better idea?" asks Bina.

Magical Hobo:
Amie >> Tentatively propose that the botfly may not understand the harm it's doing, and that the moral solution may be to find a way to permanently separate it from humanity. Or at least find a way to prevent it from causing harm. 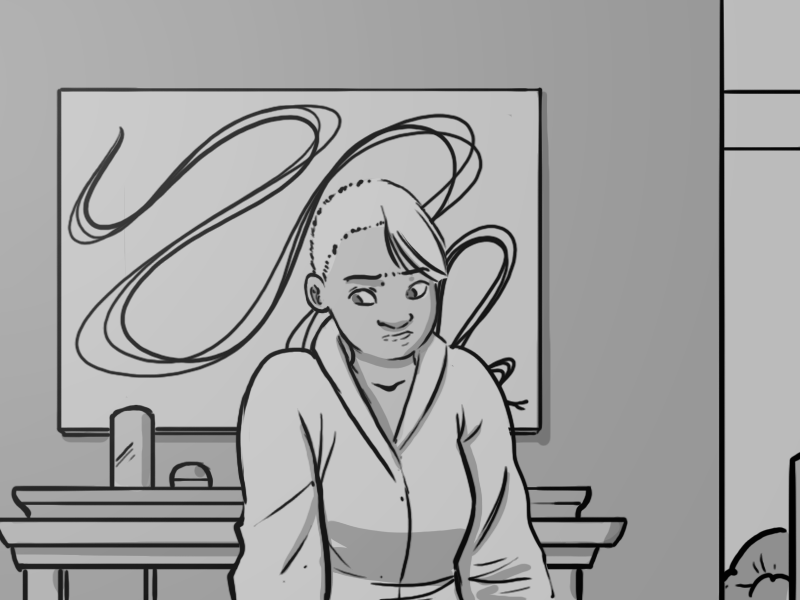 "We've been through thirteen loops," says Bina. "I've been stuck in this Moment for, cumulatively, six whole years. I think if her heart was ever going to grow three sizes over night, it would have happened already."

"But has anyone tried to talk to her!?"

"Yes!" says Bina. "When she impersonated my girlfriend and tried to make me eat mind static. It wasn't a fun conversation!"

"Is anyone else weirded out by the fact that none of the other Bina's have mentioned these unusual dreams you're having?" asks Emmie.

"Well they have to have happened," says Bina. "Otherwise where would other-me's have gotten the scarf?"

"Yeah, but they didn't write them down…"

"Come on! Can we stay on topic for like ten seconds?" says Amie in exasperation. "I'm saying we maybe don't have to like kill her. She's done a lot of bad stuff, and she needs to be stopped, but she isn't killing people. All the doctors who got grabbed by the naughts were OK."

"On the other hand, those cops are pretty dead," says Emmie. "Like - extremely dead. More dead than most people who die."

"And Elizabeth would be dead if we hadn't engaged in reckless shenanigans," says Bina. "Also she's been shot a bunch, so the jury's still out on whether she gets through this."

TotallyArachnophobic:
>Kendra: produce list of things the Botfly has done.

"And lest we forget," says Kendra. "The Botfly has personally killed me, like five times. I don't feel obligated to be particularly charitable to someone who's done that."