Primary Temporal Position: 1391
Reset Temporal Position
Ayla:
Kendra: Bina herself has/had no reason to kill those people either! Plus, you know that Bina wouldn't really kill anyone, right?

tinwatchman:
> Kendra: Call bullshit. Bina hasn't used the power of time travel to hurt anyone. She's used it to **save** people. Like Elizabeth.

"Why… would you kill them? I've just spent quite some time, subjectively, watching you do the craziest bullshit imaginable to save people who you hardly even know. It's nearly killed you, a lot, but you keep doing it! I'm sorry, but you're not the murderer type."

"I don't want to be," says Bina. "But Kendra - if the people in the factory survive, then the experiment will be a success. Josephine will have proved that her device works and she'll show everyone, the Royal Society, heck - the whole world. Everyone. Everyone! You know how that ends, that ends with the Botfly waking up a hundred years ago. She'll go whatever the early 1900's version of viral is."

"Bina - but - so you think - but if you did that - it doesn't - look," says Kendra, not able to thread a complete sentence together. She stops for a second, sighs, and then tries again. "If that's how it happened, we wouldn't exist, which means we couldn't go back and prevent it."

ForestGardener:
Dammit Bina, loose end "paradoxes" are the type that causes brain damage! Why would you propose one of that magnitude?!

"Our timeline could never have happened, which means we would never have been in a position to prevent the Botfly version of the twentieth century from happening, on account of us not - you know - being alive. Which means it could never not happen! That last sentence sounded weird. Kendra goes back over it quickly. No, it's correct, it's just horrible. The things time travel does to innocent tenses…

She continues, "This is the worst kind of paradox. It's the grandfather paradox on bad acid. It doesn't make any sense, for like, a bunch of reasons."

"Then there's the practicality of it, even if we wanted to go that far into the… wait you're agreeing with me? I'm confused now. What?"

"Here," says Bina, and hands her a crumpled piece of paper. 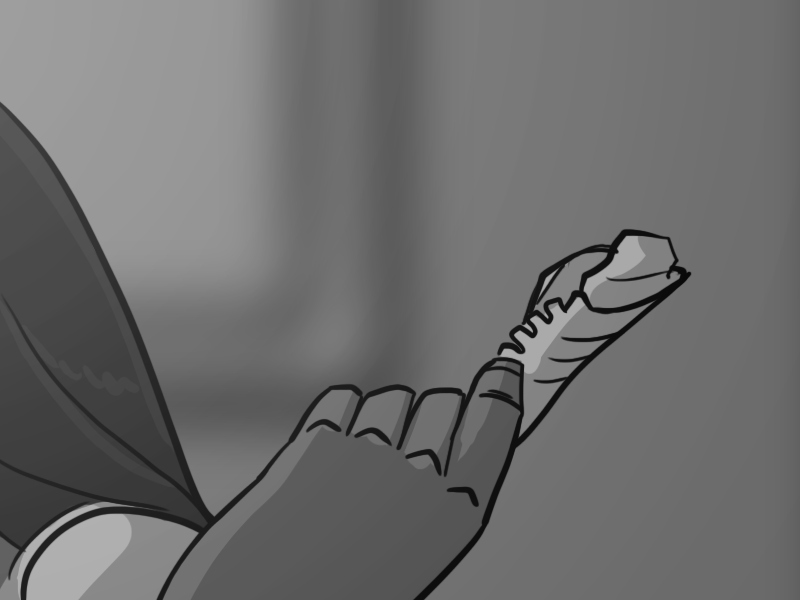 Taylor Nielsen:
Just finished going through the archives, and I'm currently super sad that there isn't any more up right now. I've been enjoying this a lot. ).:

Also.. the Bina death retcon at the beginning of one of the earlier chapters still isn't fixed. And some pages with the filler text still need pics. Just a reminder in case you forgot.

Hi Taylor! Thank you for reading! Thanks for the reminders! I am… not great about getting to the maintenance stuff I need to do for this thing.

I'm kinda torn on the Bina's Death Retcon. The last time I suggested I could remove it, people told me to leave it in, as it's an important part of the meta-story of the Adventure, but I think for archive readers it's pretty confusing.

What does everyone think? Should I just take them out?