Primary Temporal Position: 1377
Reset Temporal Position
Vincent Van Laak:
It looks like the splatter came after Piotyr walked through the mud. The splatter on the middle two toes came from "behind" the paw print and splattered in the same direction Piotyr was moving, AFTER she had passed. It seems unlikely Piotyr would have doubled back while carrying her master, and they would probably have noticed a bunch of confused footprints, right?

"There were some footprints in the gravel," says Kendra.

"Hey," says Kendra, flipping one of the pens in Bina's direction. 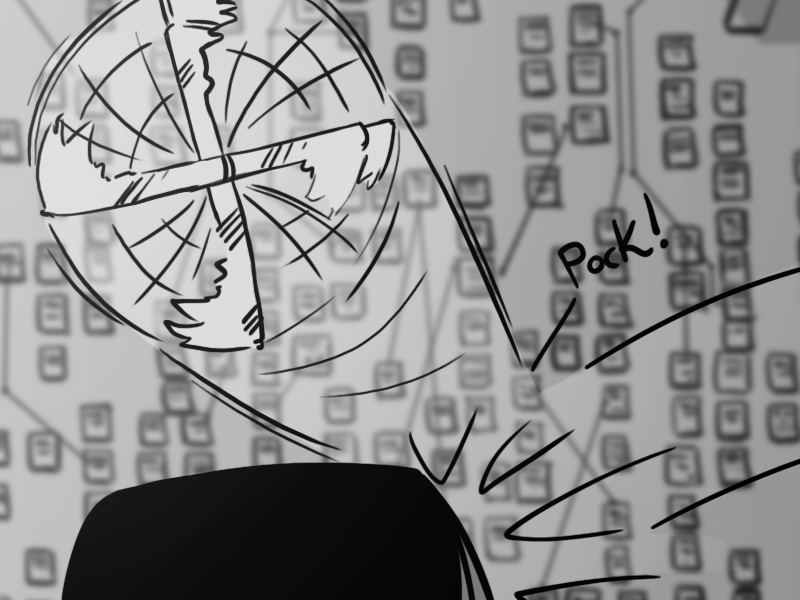 "I'm not kidding. I'm no 'Ranger' or dashing serial murderer, but they were clearly the Hounds, and the blood had spattered across them, not been trampled by them."

"Eurgh, do we have to talk about this?" asks Amie.

"Yeah," says Kendra, ignoring her. "Over them." 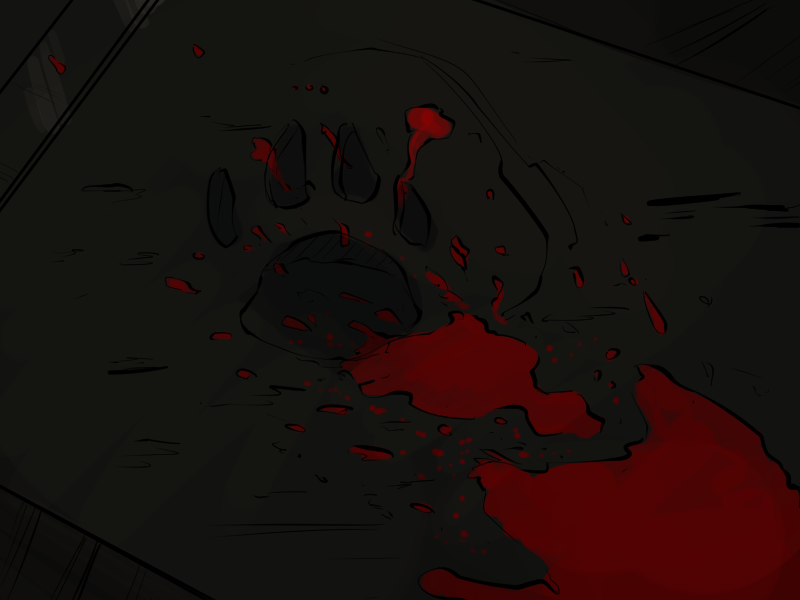 ForestGardener:
I suppose it's possible Piotyr just barreled through and one of them was still in the air after she passed, but…

"I mean…" starts Bina, unsure. "Maybe she just barged through them and -"

"No," says Kendra, simply. "You didn't get close to them, it was pretty gross. This wasn't - like - a horse trampling a cat - they were killed with intent. It was fast, but not accidental."

"I dunno, the Hound killing them doesn't really make a lot of sense, now I think about it. She doesn't do anything without purpose."

"They might have shot at Gregor, like the cops on the street. I could smell gunshots in the tunnel."

"In the dark? She'd have been past them before they knew what was happening."

"Right," says Kendra, realizing they've somehow switched which side of the argument they're on. "So, none of this makes sense."

"Maybe it… I dunno, Gregor used that way in and out before right? Maybe it was an old footprint?"

"It might be," says Kendra, "But if it was, it was really well preserved, and what about the tooth? You think that just fell out of her skull?"

"Nooo," admits Bina. "Probably not. So, what? You think there's something else down there killing cops?"

"I think she fought something," says Kendra. "Or maybe… will fight something? Time travel makes any kind of detective work a bit ridiculous."

"Damned if I know," says Kendra.